Mastering the draw shot is one of the most important of all and will take you the furthest. Once you have this shot down you can rest assured that your swing mechanics are in good shape. 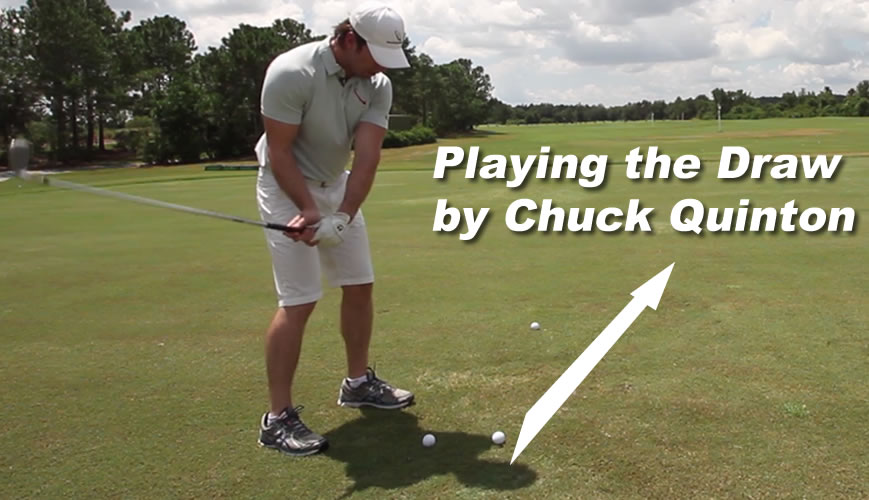 Now, how do we take this stuff and really put it into play? Well, I've got a little demonstration set up here. I've got ... I want you to think of this golf ball, and this golf ball, as my tee markers. So, obviously this is a narrow tee box, right?  Old school golf course.  But, the purpose is ... I want you to think about where you tee the ball up when you go to hit a draw, because again, so many golfers think that the pros just hit the shots perfect every single time. The reality is that's not what we're trying to do at all. We're trying to give ourselves the biggest room to screw up, and make a mistake. Because we're humans. We're going to hit bad shots.

So, when you go to set up to hit a draw, in most cases, I'm going to set up on the far left side of the tee box, as far as humanly possible. Now, why would I do that? I'm glad you asked. Imagine the green is the same width of the tee box in this case, but the pin is on this side of the green. Now, that's typically when I would want to hit a draw, because I'm going to actually aim somewhere out on this side of the green, to give myself the ability, as the ball curves, it's always going to be working itself toward the pin while still being on the green.

So, let's say I screw up, and I'm aimed over here, pin's here, but this is still green. If I hit it straight, the dreaded straight ball, that's okay. It's going to be on the green. Yeah, I'm going to have a long putt. But I promise you if I put it on the green, I hit 18 greens in a day, I'm going to do okay. That's what you need to be thinking about. Most people go, look at this pin, let's say it's on the extreme left side of the green, and there's water over here. This is a sucker pin. The course designer's trying to lure you into doing something really dumb. Don't fall for it. That's why we're going through this shot-shaping series.

So, what most golfers do is they'll set up right in the middle of the tee box, because it feels good, and they'll just aim right over to the left. Now, if I happen to hit a draw, or I happen to pull a little bit, what happens? I'm in the water. There's no margin of error. Don't aim at the pin. Aim away from the pin, and work it toward the pin. That's the key.

So, with this draw, I want you to realize that your goal is to aim not looking at the hole. That's okay. The ball needs to work toward the hole. So you're going to set up with your feet aimed away from the green. I'll put another ball here to kind of show you where I'm thinking the green ... the flag is here. I'm not looking at the flag. I'm looking at the middle of the green, or depending on the wind and how much slope the green has, et cetera, and how much the ball's curving for me at that time, I may be picking, you know, a quadrant over here, in this area. If I have really good control of the draw, I might move in a little bit closer. And if I'm hitting it great that day, I might move in a little closer, hit a baby draw.

That's where the practice comes in. As you keep practicing the release, you can start taking off, choosing how much you want to bite off here. But the key is that I'm aiming away from the hole. I'm not even looking at the stinkin' hole. I know the hole's there. I've chosen the right club for it. But I've accounted for the fact that the ball is going to go a little bit further. So, with a seven iron, I'm going to add, maybe, six or seven yards, because the draw's going to de-loft the club face and put a little hook spin on it. It's going to tend to go a little bit further. It's going to tend to release a little bit.

So, when you're hitting a draw, the most important thing to understand is: don't look at the hole. You don't have to. You're looking away from it. You're looking at where you're actually aiming, where you want the ball to start. And then, it should work back to the left. If you do that, it's going to be really hard for you to miss a green when you're hitting that draw.


JOIN OUR 401,504 MEMBERS AND GET INSTANT FREE ACCESS TO DOZENS OF VIDEOS!

Get Your Free Membership to Finish Watching "Day 4: How to Hit the Draw" Right Now!

Get Your Free Membership to Finish Watching "Day 4: How to Hit the Draw" Right Now! 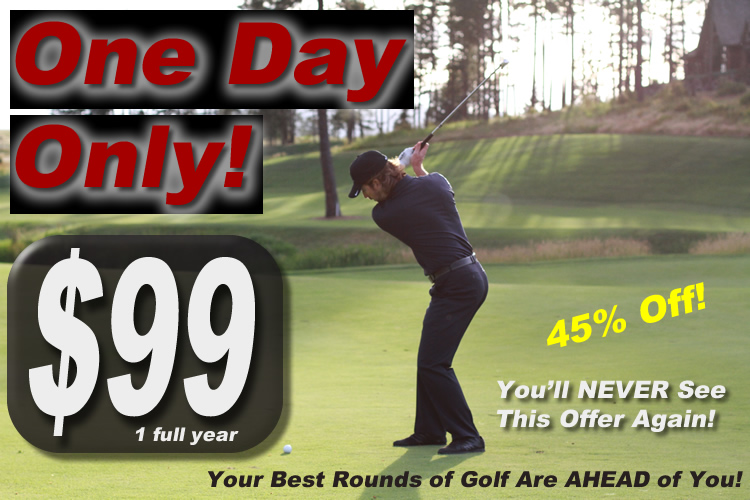