In this Jason Day golf swing analysis video, you’ll find out: 1) How your left hip must work for power transfer in the downswing, 2) What your lower body does at impact to assist the upper body, and 3) Why an over-active right leg may be hurting your swing. 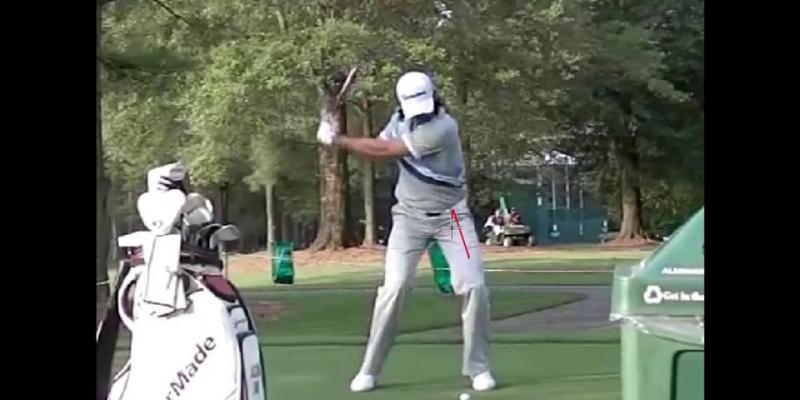 I know the Australian Olympic team didn't fair very well in the medal count. But this week Jason Day gave the Australians a chance to chant aussie, aussie, aussie, oi, oi, oi. This week I'm going to be breaking down Jason Day's golf swing, and going over one of the biggest myths in the golf swing and how you're going to be able to create power and speed in your game.

Man, oh man if you are looking for some excitement in the world of golf, you certainly got it this weekend at the Accenture Match Play Championship, where Jason Day was able to capture his first Accenture Match Play championship over Victor Dubuisson in extra holes. He was able to birdie the twenty third hole and capture his victory. And a resilient victory, Dubuisson got the golf ball up and down out of a trash can, out of some peculiar spots there down the stretch. So, hats of to him for being a very tough competitor. And I want to spend a little time this week talking about Jason Day and one of the myths of the golf swing on how he's able to create a lot of club head speed. Now one of the myths is often been taught, is that the club head or the club needs to travel to parallel to the ground and in the backswing. Or further to create a lot of speed in the downswing, and that is absolutely a farce. And I want to go ahead and address that, and a couple of areas that Jason does without getting the club to parallel.

And show you how he's able to store up a lot of power, and use the body efficiently and effectively. Alright, so as you can see over here on the left hand side of the screen, we've got a top part of Jason's golf swing here, this is one from one of his iron shots this past weekend. And he's nowhere near parallel. So if I were to back him down and you were to watch his golf swing here, you're going to see that as we gets the golf club to the top, it's not very close to parallel at all, he's actually quite a bit short of parallel. This is his top part of his golf swing, and this shot was just over two hundred yards. And he's obviously known as one of the longer players out on tour, and he's still able to generate a lot of speed, even without getting the club to parallel.

So let's go ahead and focus on some of the areas that Jason does so well to pack so much club head speed and power in his golf swing. And I want to note a very key or critical area that he does like most of the golf pros do. And that's going to be from the nine to three region of his swing. And like most pros, you're gonna see he stays very wide from the get go, you're gonna see that he's got full extension of both arms and the completed part of the takeaway which would indicate the nine o'clock position golf swing. And, if I were to fast forward and show you through to his finish, you're gonna see that he's got the club fully extended about the three o'clock range here. So if I were to back it down a frame, you can see that he's fully extended here as well. So from nine to three, he's created a very wide sort of swing shape.

Now we do have a great video on the website called 'Wide Narrow Wide', and that's how we're going to take the golf club wide in the backswing, we're going to narrow the arc and then we're going to get wide back through the impact or through the hitting area to deliver all that speed. Now there's one area that Jason does so, so well on his golf swing, and I want to talk about that today directly. I want you to pay very close attention to what his left leg is doing from the top part of his golf swing down. You're gonna see that his left leg is starting to externally rotate, and what that left leg external rotation is allowing him to do, is get seated into his left side. We've got a great video on the down swing section of the website called 'Sitting in The Left Side', and that's all explained in that video. But that left leg external rotation is getting him into a position where he's stacking up his left side, or loading into the left side so he can start to take that power, that stored power out of the body and start to move it up the kinetic chain.

Now as he's starting to turn, he's fully shifted into that left side, you're going to see a lot of rotation coming from the left obliques. Okay, you can see the left obliques are really starting to unwind here. And what they're doing- They're responsibility is, is they're going to be pulling the left hip away from the target. So, from this position into the almost the hitting area, it appears that his arms are doing a lot of work, and that is not true at all. A lot of the arm movements are created from the rotation of the body. So he's taking that power, he's shifting it, or I'm sorry he's taking his weight and he's shifting it into the left side with that external rotation of the left leg. And he's driving that heel into the ground, and at the same time he's using the left obliques to start to pull, and that pulling movement is creating rotation, it's pulling the hip away from the target, and it's also rotating the torso. And that's getting his arms into the position where he can start to take the power out of the kinetic chain, and turn it into club head speed into the hitting area.

So, here we are right about the lag and release area. You can see that he's got a far amount of lag here, not an absorbent amount like a lot of players out there that try to achieve where they get Sergio-style lag. But he's in a position where he can start to pull that power out, and transfer it into speed. And this is virtually where he starts to go into release mode, and you can see that he keeps that width through the finish. So know he's delivered all of that power, and turned it into all that speed, and turned it into massive amounts of distance. So, rather than thinking that you need to have all of this distance, or all this travel space with the club during the back swing. I want you to learn how to load the right side of the body, and then learn how to unload it into the left side properly, by externally rotating that left leg and using your big muscles in your core to create rotation, and get your hands and arms moved into a position where they can release.

That's the most critical part of taking power and turning it into speed. Alright, we want to store up power, and then turn it into speed right at the right time. And you can see that Jason Day obviously makes a ton of speed, and he does it most effective and efficient way possible. Alright, so take that, work on it, work on getting yourself into your left side, put the power back in your body, use your body effectively and efficiently. And turn it into some massive club head speed, and get out there and bomb your drivers past your buddies, and enjoy the game. I wish you all the best, I look forward to working more with you in the.


JOIN OUR 389,923 MEMBERS AND GET INSTANT FREE ACCESS TO DOZENS OF VIDEOS!