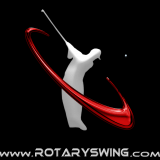 The Instructor will respond via email

"Golf is not a sport!," I exclaimed some 25-30 years ago. I had been poking fun at a fellow Airman while on deployment in Puerto Rico. "Go to the range and just hit one bucket of balls," he said. I did just that, and I was hooked after about 5 balls. I had no idea what I was doing, but I remember there was this Navy guy hitting balls in his uniform and I tried to mimic what he was doing. That was the beginning of my golf journey, and I never looked back.

Over the years I have analyzed and dissected many hours of both PGA Tour and LPGA Tour swings, read many of the well-known books (Percy Boomer, Ernest Jones, Harvey Penick, and the like), read and researched countless magazines, and tried the various swing methodologies. In 2010, I ruptured my right Achilles tendon while playing basketball. At the time, I played to about a 9 hcp. After the injury, I lost interest in golf and I played rarely over the next 2 years. In 2012, I began to piece my game back together and I realized that my old swing hurt in application. I began to develop a system that I called “pain free golf.” If I felt pain while swinging the club, I would focus on the area where I experienced the pain and then modify my swing in an effort to eliminate the pain. I made some progress, but it turned out that I was basically robbing Peter to pay Paul. I would eliminate the pain in one area only to develop pain in another area and because I wanted a powerful swing as well, I would often have to choose between pain or less power to be pain free.

In 2014, being totally frustrated, I came across Rotary Swing. They had me at “Easy Power” and “Injury Free.” It took me the intervening years to deconstruct all the swing information that I had gathered prior to RST. I challenged every component of the Rotary Swing methodology, especially if it contradicted “what I knew.” The proverbial hammer broke on the anvil and I can now say that I am truly honored to be a Level 1 – RST Certified Instructor. I look forward to helping people find their most Powerful, Efficient, and Pain-free swing.