In this video, I'll breakdown Jason Day's pre shot routine and discuss the importance of visualizing your shot before executing on the golf course. 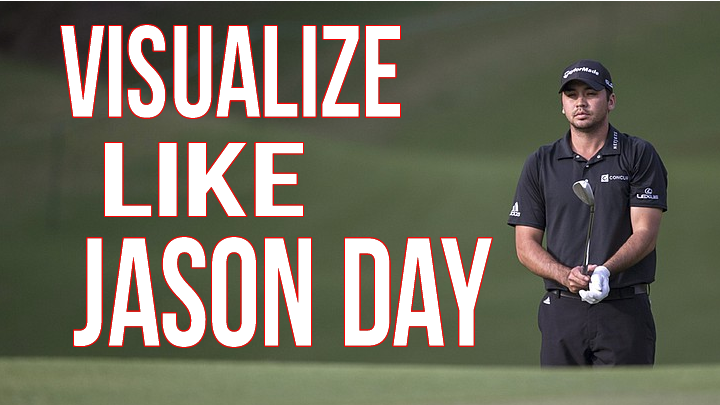 For this week's tour analysis we're going to be doing something a little different. We've done lots and lots of videos on Jason Day. He's had an excellent couple of years. Rather than focusing on his swing we're going to be talking about the importance of pre-shot visualization.

Okay guys, if you get to watch any golf this past weekend you probably saw Jason Day pull out another victory and get himself back into the winner circle there. Congratulations to him. Often times we're so focused on the golf swing that we never really spend time talking about the mental aspect of the game. I know we just recently released a video on how to develop laser like focus. This video's going to really start to compound on that.

If you watch Jason Day, and his pre-shot routine, when he stands in from behind the golf ball he actually closes his eyes. What he's doing there is he's visualizing the golf shot that he wants to execute. He actually has openly said that when he's closing his eyes he's visualizing himself standing in front of him. He can actually see himself swing back. He can see himself swing through. He can also see the golf ball leave at the same time.

After he gets comfortable with the shot that he's visualizing it's then at that point he starts to pick his target and then he walks into the golf shot. He's seeing the target mostly. He can still see the golf ball out of his periphery. At that point he gets into his shot, gets himself set, and then goes ahead and executes.

Let's talk about the importance of visualization. Why is this an important aspect for you to handle? Visualization can help you free your mind up from having lots of negative thoughts. It can actually take you away from thinking about mechanics in your golf swing. It's also a great way to get yourself extremely focused. I would strongly suggest, and you'll see a lot of tour players always start their golf shots from back behind the golf ball. You'll see them stand back here. This is the spot where they're staring to pick their target. This is the spot where they're starting to visualize the shot their starting to execute. It's extremely important for the mental side of the game and it allows you to be way more focused when you're on the golf course.

Try it out. If you've been struggling with possibly thinking too mechanically on the golf course then visualize your shot, allow yourself to see yourself hitting the shot, seeing the golf ball fly through the air, and then go ahead and pick your target, and stay focused, and you'll see that you're going to hit the golf ball closer to the hole much more consistently.

Okay rotary swing golfers, thanks again for tuning into today's video. I really appreciate it. We also have a couple of great videos that we start talking about some more of the mental aspect of the game. We did a video called Developing Laser-like Focus that just came out recently. We also did a video called The Trustline. The trustline is a great way to start to get yourself mentally prepared for your golf shots. If you haven't seen either one of those videos, go ahead and click on the 'Recommended Videos' tab to the right hand side of the video player on the website. All those videos will populate. All the Jason Day videos that we've done in the past will populate. That way you can start getting to work on playing some of your best golf.