On Plane vs Under the Plane Golf Swing

The image below represents two very different paths into the ball. In this article, you'll learn a key principle to help you get on the right path and on plane. 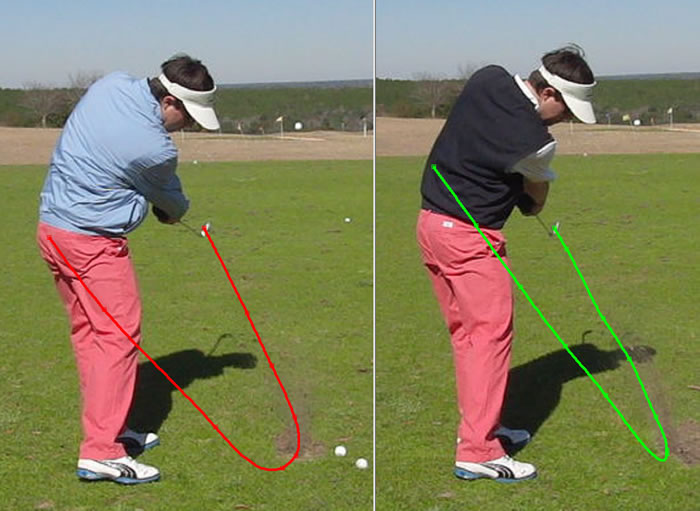 The Problem: No Idea How to Control His Ball

On the left, our golfer Ian was approaching the ball severely from in to out and hit everything high and right to left. It was nearly impossible for him to get the ball to start on his line, and if it did, it would end up well left of his target.

It got so bad that he couldn't even aim himself anymore because the ball was going all over the place. Ian's a very good player (low single digit handicap) and couldn't figure out the problem or how to fix it.

In about 10 minutes, we had his path much more square into the ball, and the ball was coming out much lower and right on his line with zero curvature.

Read on to learn what the problem was and how we fixed it...

Halfway down, Ian's clubhead should be working down the yellow line, which is through the center of his right forearm, to be on plane. However, in the swing on the left, you can see the clubhead is almost behind his back pocket – well below the plane.

After a few minutes of mirror work and helping Ian understand the problem, we were able to move the club almost a foot at this point in the downswing. 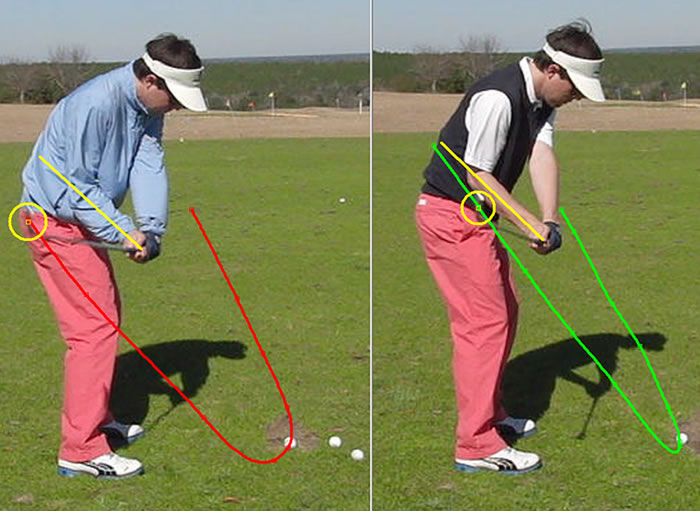 Below are the results one frame before impact. You can see how much more of a square path the club head is taking into the ball compared to his approach on the left, which is moving at least 15° in to out.

The club head on the right is coming more on top of the ball as well, which gave him a more negative angle of attack. This brought his ball flight down and took the timing out of the club head release, which had previously been necessary to try and bring the ball back toward the target.

Golf's hard enough without starting each shot 20 yards right of your intended target and then trying to guess how much to bring it back each time! 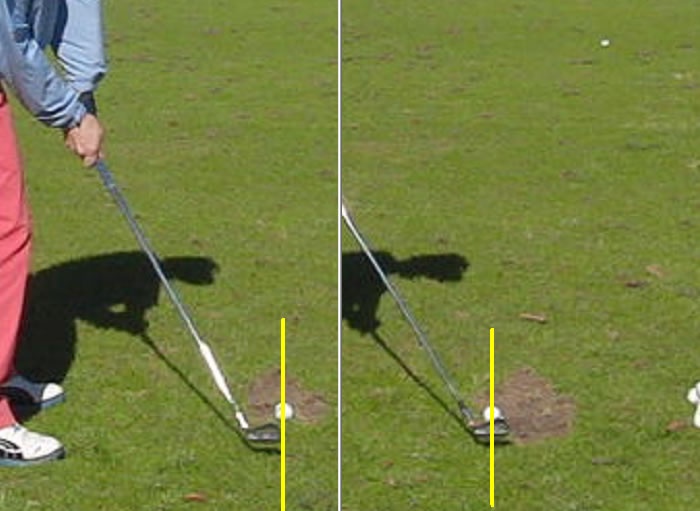 The Solution: It's All in the Shoulders

So, how did we fix this? Simple, really.

Ian's swing plane issue was coming from his left shoulder working up too early in the downswing. This tilts your spine too far back too soon and tilts the plane.

In the mirror, I worked with Ian to feel that his left shoulder always felt lower than his right in the downswing and that his spine felt very upright at impact.

His first swing after drilling this for only about 10 minutes is on the right. You can see that his angles changed by about 6-7°, and that is what brought the club down more on plane and led to much more penetrating shots. 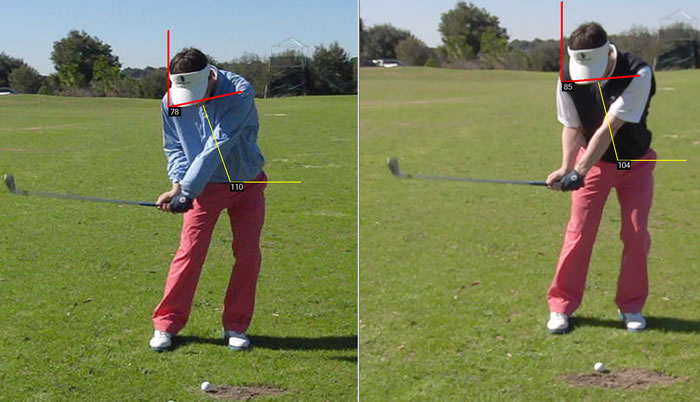 If you need to get your shoulders more level in the downswing for a better plane or improved compression, you won't want to miss this video: 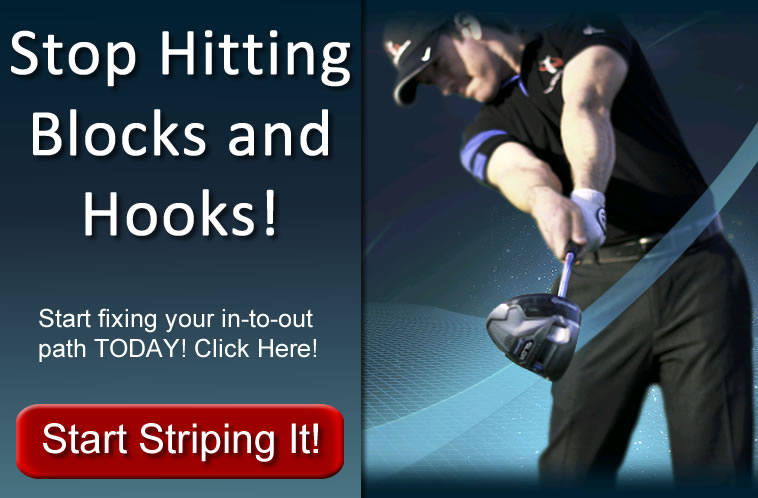 Get Your Free Membership to Watch "Fix Inside Takeaway - 4 Square Drill" Right Now!