Ernie Els as a One Planer

This is the closest swing I have ever seen of Ernie that would qualify him as a one planer. There are quite a few things in this sequence - taken several years ago during a practice round at an event he won - that are very useful to understand and beautiful to watch.

At address, Ernie has a fairly steep spine angle at about 40 degrees. His hands hang naturally and low from his shoulders and within his chin with a mid iron, which this is. 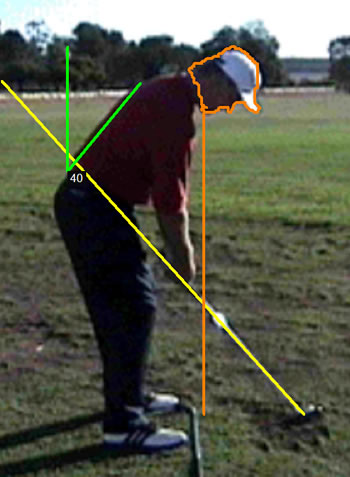 During the takeaway, Ernie's head immediately moves closer to the ball. As he takes the club back and it nears parallel to the ground, the toe is still quite square and the club is somewhat over his toes with his left arm angled into his body. 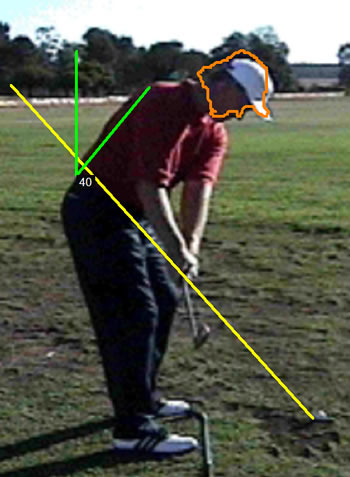 As his arm reaches parallel to the ground, it gets quite steep, pointing in between his feet and the ball. The club never worked behind him in this swing, a one plane trait, but his hands are more behind his chest at this point. Note also how his head continues to move down. 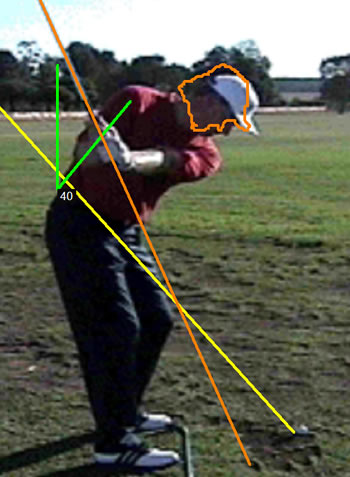 At the top, his arms and shoulders are on the same plane and his shoulders are very steep. His head has moved significantly toward the ball from address to the top of the swing, it will move back away from the ball on the downswing. 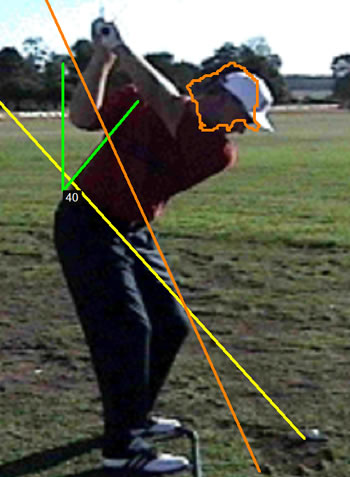 Halfway down he has shallowed at the club slightly from the plane he took it back on but has kept his hands still well behind his chest. His hips have squared at this point. 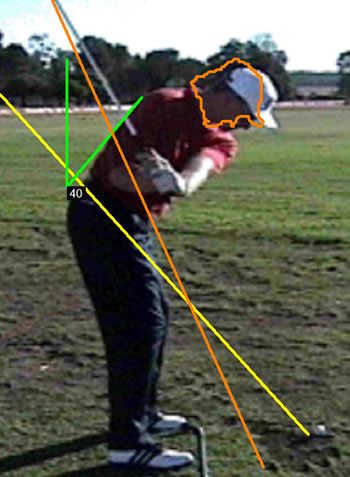 As he nears impact, his hips continue to clear but his right heel is still on the ground, providing a stable base and control. The club is slightly behind his hands in this frame and coming from the inside. 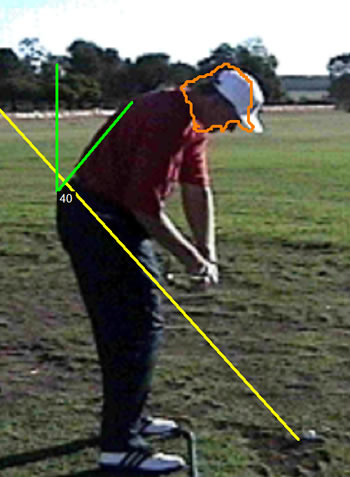 At impact, Ernie releases his arms and hands to the ball, he does not try and keep his right elbow back. Instead, he releases his hands very aggressively through impact as you will see in the next frame.

He has maintained his spine angle wonderfully and continues to clear his hips. His head has also moved back closer to it's original position. 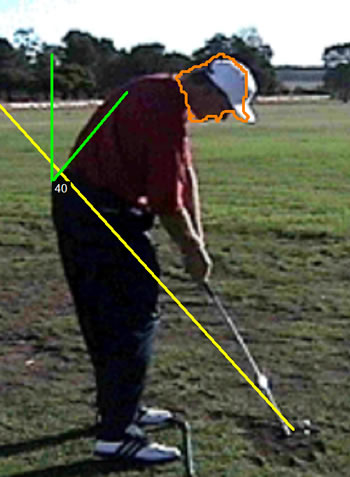 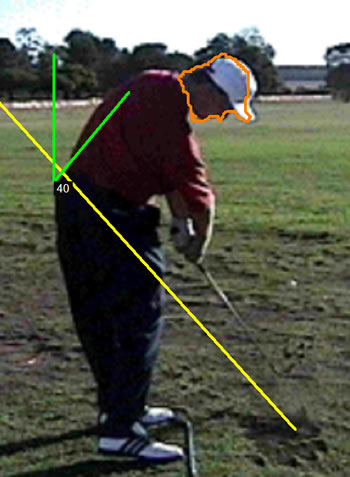 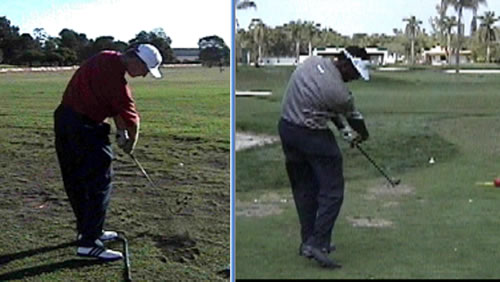 Ernie is somewhere in between. One of my favorite things about Ernie's swing is how he swings with such control. Note how his right foot is just barely coming off the ground at this point although his hips have fully cleared. 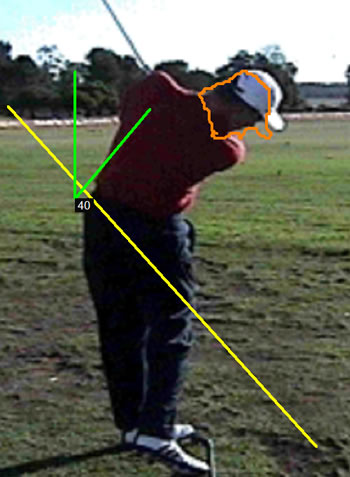 Ernie's as cool as the come and his finish is no different. The club has fallen onto his neck and his arms are completely relaxed. Note still how his right foot is still working off the ground into a more vertical position. He hasn't violently snapped his hips around like you see of Tiger Woods or some other big hitters. Ernie's power is effortless and a beautiful thing to watch. 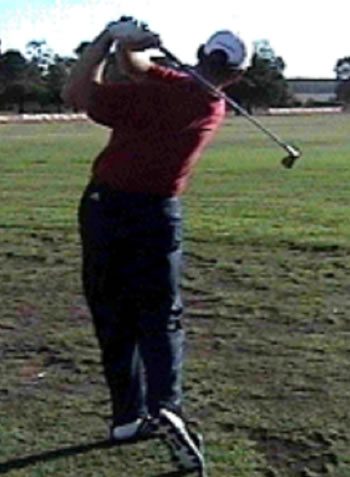