How to Build a Golf Swing | RST Online Learning Part 3

This is the third installment of the Student's Guide on How to Translate Information into Progress. Today we're going to discuss how to build a golf swing using a process called stacking.

Chuck talked about stacking in his video, "5 Minutes to the Perfect Takeaway." It's an important concept, so we're going to take a closer look at it here.

We've all seen the hierarchy of learning. We approach each element in order, stacking one on top of the other in order to build a solid RST golf swing.

This process can be compared to the construction of a building.

Stacking elements from "5 Minutes to a Perfect Backswing" 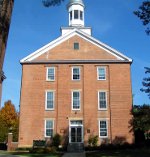 If someone asked you to describe the building on the left you might say, "It's a three story building. It's fairly large. It's a college dormitory."

There's nothing particularly remarkable about it to the average passer-by.

A bricklayer would look at it very differently.

A bricklayer would say, "There are 100 courses or more of brick in this," and would be able to point out concrete lintels over the windows and all kinds of details that you or I might not notice as a casual observer. 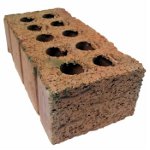 The same could be said of the RST golf swing.

Let's take a closer look at the bricklayer's perspective and what it can tell us about our own learning experience.

Bricks come in all sizes, but a standard brick is only 2 1/4" high, with half an inch of mortar between each course. A single floor takes 40 courses - or rows - of bricks.

When we think back to that three-story building, we realize it must contain many, many courses of brick.

Building From the Ground Up

Where does it all start? It starts in the ground, of course. Hogan said he "dug his swing out of the dirt."

If you're going to construct a building you start in the ground, digging footers.

There's nothing glamorous about it, but you have to dig trenches, insert rebar, get your corners lined up, and eventually pour concrete.

That's always the touchiest part because once you pour in that concrete and it sets, it's set forever. 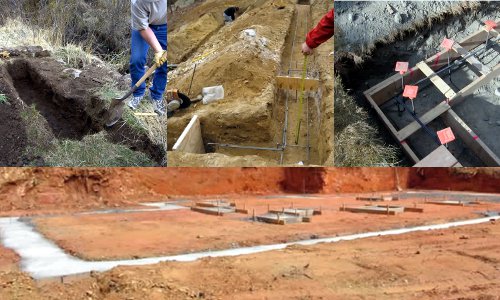 A lot of work goes into building a solid foundation

In the end you have a level surface to start laying your bricks on. It doesn't look like anything, but there's a lot underlying it and it takes a lot of work to get it.

There's a lot more there than meets the eye.

This is obviously analogous to the setup. If the setup doesn't provide you with a "level" and very robust foundation to build on, then the golf swing is going to suffer.

Of course, humans don't set up firm forever like concrete. Things can slip from time to time, so it does take some maintenance.

Building on the Foundation

Once you've got a firm foundation, bricklaying is not a particularly difficult job.

There's a lot of knowledge involved in specialty areas, but just laying a row of bricks really isn't rocket science.

The main thing is to get everything level and plumb and straight.

The bricklayer uses spirit levels to make sure the courses are plumb and level and chalk lines to make sure the rows of bricks are straight because once the mortar sets it's painful to go back and make changes, especially if they're more than a few rows down.

There are tools designed to help assure accuracy

The farther down in the building it is, the more painful it is to fix, and the same is true when learning how to build a golf swing. If the setup isn't good and the takeaway isn't good, nothing else will be good either.

Chuck incorporated a lot of stacking elements in the "5 Minutes to a Perfect Backswing" video.

Just like the bricklayer using a level and a chalk line to check that everything is correct, Chuck provided us with a list of checkpoints we used to build the golf backswing.

They're your chalk line and spirit level.

Chuck provided many checkpoints. These are your tools as you build your backswing.

Use them to make sure you're stacking the elements correctly because - just like the bricklayer - when you get to the top floor you don't want to look down and see a row of bricks down near the ground that isn't right.

Lessons From a Hero 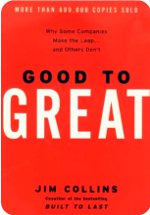 We'll leave you with this thought. An author named Jim Collins wrote a very important book called Good to Great.

Many organizations have used this book to great effect. Part of Collins' book talks about retired vice admiral and Congressional Medal of Honor winner James Stockdale.

Stockdale was a pilot in the Southeast Asian conflict, and spent a number of years in a prisoner of war camp.

He suffered a number of physical maladies as a result of that experience. When Collins interviewed him he asked, "How is it that you made it through the experience?" 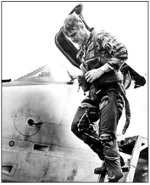 Collins asked him, "What about the guys that didn't make it? What were they like?"

Christmas would come, Easter would come and they were still there, and after a few cycles of this they eventually got dispirited and gave up fighting."

As the two men walked down to the courtyard, Stockdale hobbling at this point in later life, he reached out and grabbed Collins and told him this: 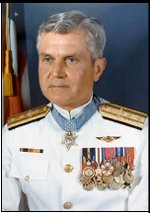 "This is a very important lesson. You must never confuse faith that you will prevail in the end - which you can never afford to lose - with the discipline to confront the most brutal facts of your current reality, whatever they might be."

As we're learning how to build a golf swing and we're stacking our bricks, we need to use our chalk line. We need to use our level, and confront the brutal facts of how those bricks line up.

Don't be afraid to rip out a few courses and go back and get them right. Until they're all stacked up plum, level and square, you're not going to have the golf swing that you want.