Don't Spin Your Hips Really Fast in the Downswing


Make Sure You're Not a "Hip Spinner!"

Hip spinners may find their hips too open at impact

You may have been taught to take your hips and turn or rotate them from the top of the swing as fast as you can, and for certain types of golf swings, that's necessary.

In the Original Rotary Swing, you wanted to feel that you took everything and rotated it on the way down, because your arms were in a deep position, and they were going to stay there during the downswing. You were primarily motoring that downswing with the rotation of your body.

That's a great way to play if you're not going to take the time to learn how to do everything as efficiently as possible, training your arms and hands on what to do with a golf club.

If you're a higher-handicap player who doesn't get to practice that much, gearing your game towards playing once or twice a month, not really hitting a lot of balls, the Original Rotary Swing, or Rotary Swing 1.0, is for you.

How You Can Take It to the Next Level

The Rotary Swing Tour goes beyond that. We're seeking optimum efficiency. We're going to take maximum advantage of our body's design and capabilities, producing the most efficient, powerful, and safe golf swing possible.

In order to achieve such a perfect golf swing, we've researched which segments of the body need to fire, how, and in what sequence during the golf swing, in order to attain the highest efficiency of movement.

One of the things that our better players (typically golfers with a single digit handicap) often struggle with is taking that idea of rotation and getting the hips really open at impact, and going too far with it. They start going from the top of the swing and turning their hips as fast as they can. 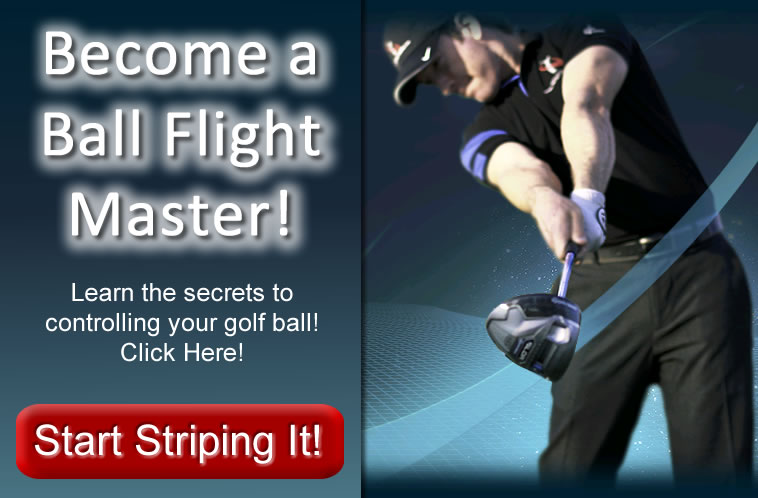 This "Hip Spinning" Causes a Couple of Problems.

Your legs and hips are so powerful that your upper body can't keep up; you spin your hips so fast that you get hung back. This leads to a lot of blocked shots, coming way from the inside, getting stuck.

You've heard Tiger talk about this a hundred times, and it is certainly still a problem in his golf swing today.

You spin those hips, and you've got all this tilt. You're going to be coming too far from the inside and, for golfers who aren't quite as skilled as Tiger, or just single-digit handicapped, it also leads to a lot of thin shots especially with the longer clubs, the fairway woods, off the deck.

A lot of golfers really struggle with getting to the top of the swing and spinning their hips.

Solve the problem with these simple drills

We have a couple of drills that will help you start to change your movements and recognize the feeling of doing it correctly. These exercises will help dramatically, allowing you to feel much more on top of the ball and able to compress the golf ball rather than just spinning your hips.

Hip spinning is actually a very powerless feeling, because your angle of attack is wrong and your spine is leaning too far back, so you don't ever hit the ball solidly.

Here's the first drill we're going to use to correct that problem. It's an extremely simple concept, but a lot of golfers struggle with it in practice.

Keep your belt buckle pointing behind the ball

Here's how it works. We call this the Belt Buckle Drill because we're going to reference the position of your belt buckle, and pay attention to where that buckle is pointing at impact.

If you're one of those golfers who really wants to drive and spin those hips around, you're going to concentrate on feeling that your belt buckle is pointing at the ball, or even behind it, at impact.

Now, there's no way you're actually going to do that. However, if you're used to having your hips very open, this drill will absolutely allow you to feel that your hips are shut as you come down into impact.

Go to the top of the swing. As you come down, feel that your belt buckle stays pointed away from the ball. You're going to shift your hips, but then keep that belt buckle closed while you start to pull down with the left arm and fire the right. (Depending on what you're working on, you're going to feel one over the other.) 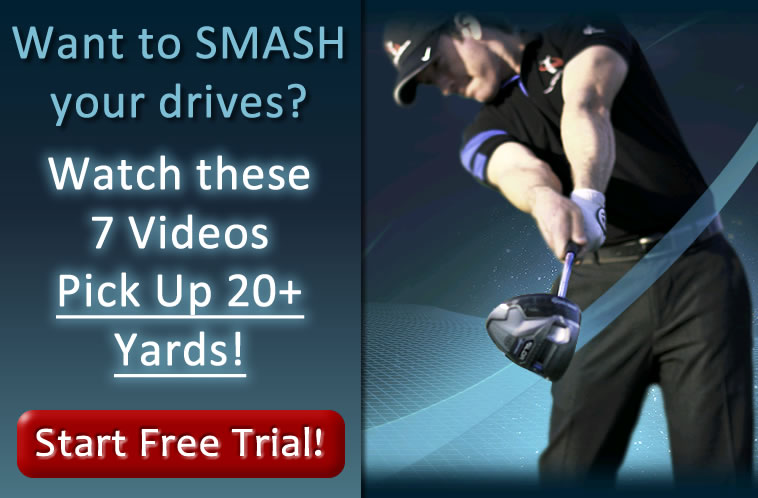 As you come down into impact, you should still feel that your belt buckle is pointing behind the ball.

This sensation will help you get into the proper impact position, where you're stacked. If you just go to the top and rotate, one movement or the other is going to dominate. You'll either rotate your hips or shift laterally, but rarely both at the same time. One is going to take over the other, and it's typically the rotation that wins out.

When we start working with in-person lessons to improve someone's golf swing, what most people find is that they always end up short of neutral. They're always leaned back too far, so they can't get on top of the ball and compress it properly.

We work with them to learn to just shift laterally, while keeping their hips shut. We call this a closed hip slide.

We're going to exaggerate that a little bit because it's a drill, but as you go through these motions, you're going to feel that your hips are very shut.

Go to the top of the swing, shift, feel like your belt buckle stays closed, and come into impact. You should feel that you're totally posted up and braced up on that left side. Keep your left glute fully contracted during this drill to get the feeling of stabilizing the hips, rather than spinning them.

There's a very important distinction between how you probably swing now, if you're a hip spinner, and what you're going to feel in the future. You want to think of your lower body as providing stability, not just rotation.

Start with Half Shots

When you first attempt the drill, start halfway. Raise the club up just a little for a short, halfway-back swing. Shift, keep your hips shut, and try to stop just after impact. You want to feel that your hips are still shut.

Invariably, what's going to happen is you're going to stop and your hips are going to be 90 degrees open. You'll be coming in stuck, and having that feeling of your spine leaning too far back, and not really getting on top of the ball at impact.

This drill is going to be really challenging at first, and you have to really exaggerate keeping that belt buckle feeling closed as you start to pull yourself back into impact, and let the arms and club release past the body.

That's where the release comes from. If the hips don't stop turning, the arms are typically going to release late, so you're going to have speed at the wrong point in the golf swing. We want all of our speed to happen right at impact.

That's the first rule. We're going to feel hips shift, get into neutral, and then pull our arms down into impact and keep that belt buckle feeling like it points away from the target, all the way into the release. You want to feel very stable here.

The second drill is done with the driver. Again, the concept of this drill is very simple, but a lot of golfers really struggle with this.

Is this you? Try the Driver Drill.

For this drill tee up your driver then, four or five inches in front of the ball, place another tee about a half inch to an inch off the ground. You're going to try to hit the ball that's on the tee, and then clip the second tee. It's that simple.

A lot of you are going to feel like you're hitting way down on the driver, way more than you're used to.

If you're a hip spinner and you see yourself with your spine tilted way back at impact every time, this drill is going to seem impossible. This means that you struggle with getting your spine more vertical, rather than falling into that secondary axis tilt. That's probably why you hit a lot of thin shots and blocks out to the right.

You're going to feel, as you come into impact with your driver, that you're way more on top of the ball. A lot of golfers have this extreme subconscious fear of getting their head in front of the ball. They work so hard to keep it behind that they put themselves in a bad position.

Take a video and see for yourself!
Take a video of your swing so you can watch it later to make sure you're not getting your head in front of the ball. Also check that you're not leaned so far back at impact that you have too much tilt.

The other key to this drill is to tee your driver a half inch off the ground. Just put your fingers underneath the tee; that's all the space you need between the top of the tee and the ground. For a lot of you, it's probably going to feel like it's teed up about the height of an iron.

When you start doing this drill correctly, you will hit the ball perfectly solid in the center of the face, and be able to clip and remove the second tee as well. You don't need to take a big trench divot here; that's not the point. The point is to start to improve your impact alignment so that you're not leaned back so far.

At first, you will definitely be hitting down on your driver. The goal, again, is to improve impact alignment, and to improve how solidly we strike the ball with the driver on the club face. That's critical.

Practice Both Drills and See the Difference

These two drills are critical for hip spinners, to start to learn to get yourself stacked and into a more neutral alignment at impact, and eliminate that dramatic tilt.

This will really improve your ball striking.