How to Hit the 3 Yard Draw

How to Hit the 3 Yard Draw

Learn how to hit the delicate little three yard draw and why you're struggling with getting the ball to turnover. 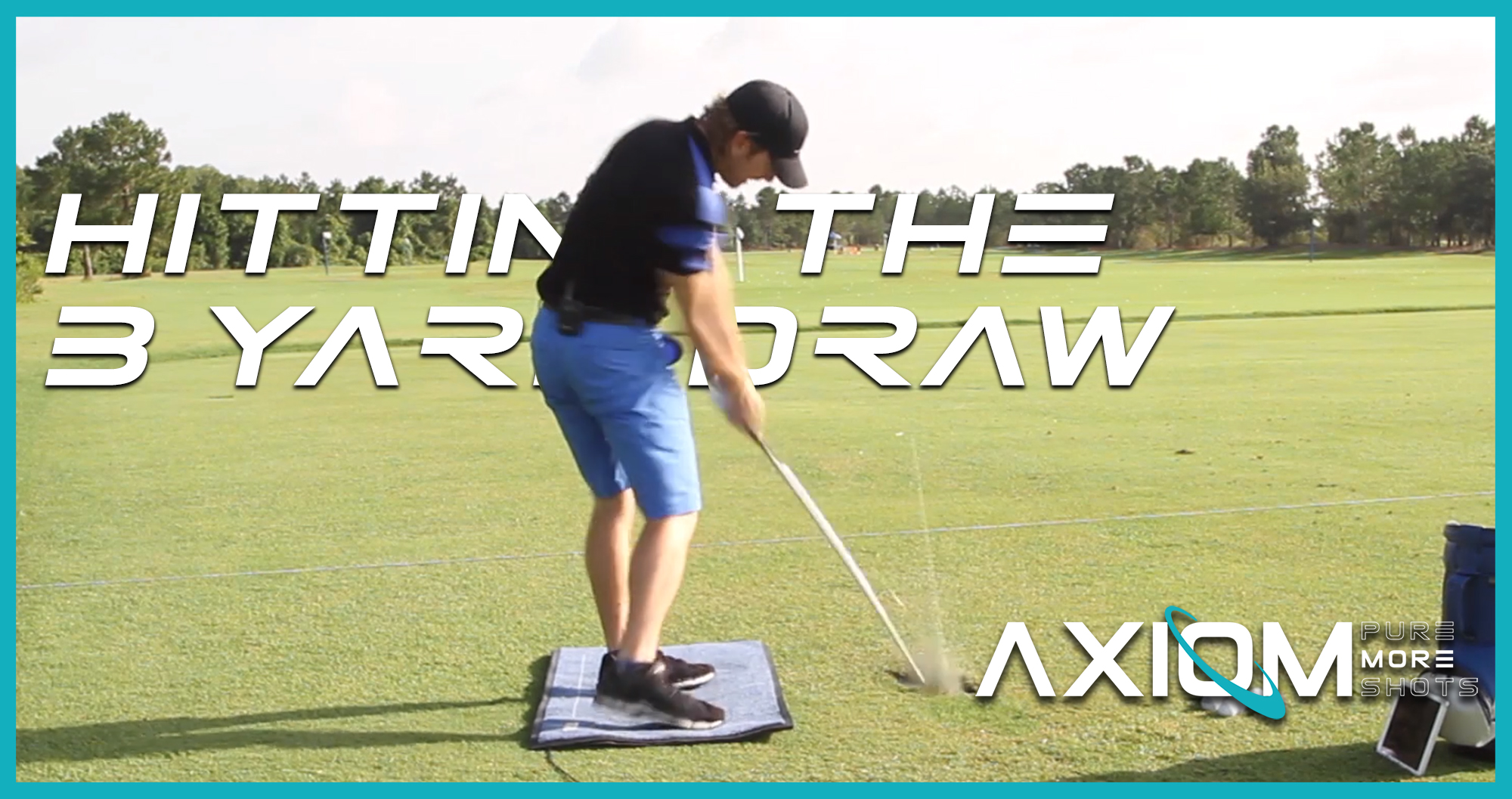 How to Hit a Draw

How to hit the 3 yard draw. Drawing the golf ball is not as hard as you think! When you follow the RST fundamentals, this is actually your natural shot shape.

A three yard, baby draw. It's what every golfer wants, but nobody seems to understand how simple it is really to produce it when you follow the RST five step system, which is really all about moving your body correctly. These movements are so small, but everybody gets so fixated on what this thing is doing, and what these guys are doing, instead of what this is doing. This controls this, which controls this.

When you want to learn how to properly hit a controlled draw or cut or whatever it may be, it's way easier than you think, if you stop worrying about what this thing is doing. If you're sitting up here, trying to get this unwieldy club that's moving in space behind you and moving all over the place and trying to figure out how to manipulate it, essentially is what you're doing, to get the ball to curve, you're really really going to struggle.

When I want to hit a draw, like I just did, just a baby little draw, what I'm really focusing on is making sure my arms are really quiet, following along with my body, making sure I shift my weight, and just releasing the club. That's really all it takes. Now it sounds oversimplified, if I could do that I wouldn't need you, right.

The reason you're struggling to get the ball to curve right to left is almost definitely because you're using too much right side. What happens when you start using too much right side movement in a futile effort to produce speed and power, not only do you keep the club from actually releasing, which you need it to do to keep the club face squared up and to create a draw, but you're also costing yourself speed, and putting extra stress on your spine. Your spine hates two things, one, compressions. We've all done this and hurt our back really bad. And sheer force, or rotation. When you're using your right side to try and smother the ball or the age old advice, which I think is very misguided of covering the ball with your chest. When you're doing that, most people try and do it like this, instead of like this. My chest is still covering the ball, but I'm not doing it from the right side.

Here's what tends to happen when people try to hit a draw, they end up getting the opposite result. They're trying so hard to get the club to release. They throw it, and they smother it, and then the club. As you start pushing really hard from the right side, the club doesn't get a chance to naturally rotate. You can see here, the club face is coming in really open. Whereas if I do this and just stay back, the club starts to naturally wanting to do this. In fact, I have to hold it off to keep it from releasing.

The rotary golf swing release is actually really a completely passive release. I'm not trying to flip my hands over. My hands are just following the lead of what my body's telling them to do. If my hands and arms stay really soft, which is one of my last little things before I get over the ball is I shake my arms out, make sure they're nice and relaxed and my legs are awake, and then I just let them turn over. If I want to hit a cut, I've actually got to hold it off a little bit.

To hit the draw, stop worrying about what your arms and hands are doing. Start worrying about whether or not you're sequencing your body correctly, which will give the hands and arms a chance to release naturally in the downswing.

Get Your Free Membership to Finish Watching "How to Hit the 3 Yard Draw" Right Now!

Get Your Free Membership to Finish Watching "How to Hit the 3 Yard Draw" Right Now!