How to master the clubface at impact for low, penetrating shots that will cruise through the wind like a missile. This piece is critical to master as the other shots build on this clubface control. 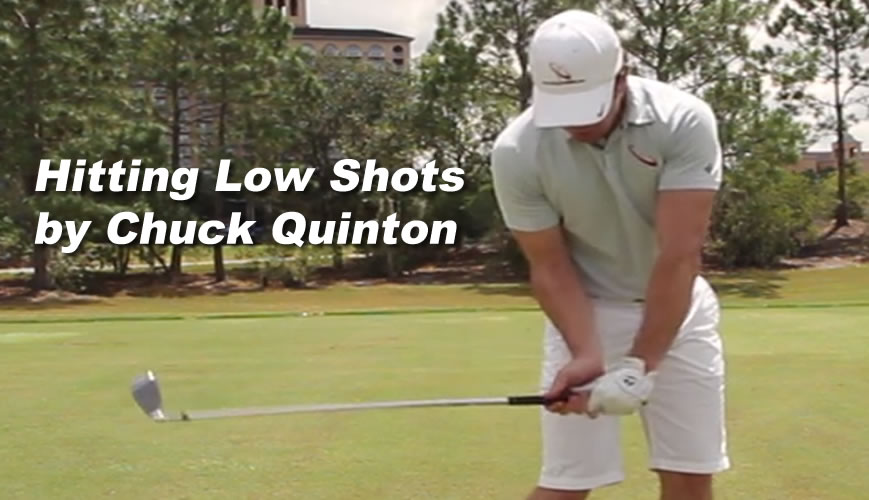 All right. So on the first day we talked about starting to work on hitting a little bit of a draw, a little bit of a cut, and how you can use that to warm up every day to start developing a sensation and feel of what impact feels like on both of those shots, because it's critical for taking your game to the next level. Now in today's video what we're going to talk about, is hitting the ball low. Now hitting the ball low is one of the most critical fundamentals that you're ever going to develop in your golf game, because it's going to give you total club face control, because you're actually manipulating, and even holding off the release, while getting your wrist into the proper position. Now when you're going to hit release shots where you're really releasing the club with a draw, or hitting the ball high, those shots are different because the club is doing a lot of the work for you, if you just kind of get out of the way and slowly guide it.

Now when you're going to hit a low shot, it's different, because we now need to manipulate our wrist into a position to get bowed to help drive the ball low and keep the club face from passing our hands and de-lofted. So what this is going to look like? Again you can reference the five minutes of perfect release video, because I talk about doing this exact same motion, so I'm not going to get into all the details about it. But what I am going talk about today is a couple of little nuances that are going to help you with hitting the ball low, so that when we start stacking on hitting on low draws, low cuts, high draws, high cuts, all of these fundamentals are going to start being built upon. One of the most critical mistakes that I see people make all the time when they try to hit the ball low, is they move the ball back in their stance really far.

It's the worst thing you can do, believe it or not, because as you move the ball back in your stance ... I'm going to put two balls here, one where it would normally be. So let's just say that's about where the ball normally would be. And one where people tend to put it. Now that's not a big difference. There's maybe a ball, two balls difference between these two ball positions. However, if I made a normal swing and I shifted my weight correctly, I would hit this ball very, very thin or maybe even top it, as the club was still traveling down normally where it should be at impact. So also, what people are going to do because of that, is they're going to start hanging back on their right foot, because they sense that if they shifted their weight correctly, they'd top the ball or miss it. So their weight shift starts to disappear. So they start losing a ton of power, and thus, the sequencing of their swing goes away.

The trick to hitting it low, is not by changing radically the ball position, it's changing radically your impact position. The ball position, believe it or not, can be in the exact same spot, or even move further forward. That's going to freak you out but, yes, you can even move the ball further forward to hit the ball low. Now why would I move the ball further forward to hit the ball low? It seems so counter intuitive. Again, think about what's the primary thing controlling the club face angle in the golf swing. Well by now you should know, it's this guy. There's a reason you have a glove on this hand and not on this one right? This guy is doing all the heavy lifting in the golf swing. It's the only thing from a physics perspective, that can continue to guide and lead the club head into impact, because the right hand can only push. You know all the push versus pull stuff.

So as my left hand gets into this position where I want to bow it and really de-loft the club, this is going to be an exaggerated position. What's the club face going to be doing? Well as I really exaggerate my left wrist to get it super bowed to hit a really low one; now I've taken the seven iron, I've made it almost like a two iron, this is an extreme low shot. But as I'm doing this, I'm pulling the club head further ahead, because it takes awhile to get my left wrist that bowed. I can't get my left wrist that bowed back here, the clubs not at the ground yet. So as I move it through here and shallow out my angle of attack, another key, as I shallow out my angle of attack instead of coming down really steep, not only is it building in margin of error, because the shallower my angle of attack is, the less chance I have of hitting the ball fat, which is what most people do when they move it back in their stance.

But as I move my hand forward, the club is also being moved forward, because my hand is further forward than it would be normally at impact. So believe it or not, you can actually move the ball forward. Now first I'll tell you just to keep it in the same spot, and that's not to say that you can't move the ball back in your stance either. I'm going to talk more about that when we start talking about hitting different trajectory draws and cuts, because that's when you really want to start moving ball position, because that's going to effect club path. Right now we're going to assume the path is the same. We don't want to manipulate our path. That's crazy because you don't want to try to have 16 different golf swings. Let's have one golf swing and make one slight change to it.

So I'll show a normal impact position might be like this for me. So the seven iron's got to ... Close to a true loft, I'll de-loft it a little bit there. Now I'm going to get here. So as I bow this left wrist, the club, or the ball ... Excuse me, oops I chunked that one a little bit. The ball is going to be super low. So that ball barely got off the ground. You can see my hands were much further ahead at impact. That's what I'm trying to learn in this drill. Hitting these balls super short. That one went 25 yards. The purpose is learning impact. I don't care where the ball goes yet other than it goes low. Now as you start getting more comfortable with this, we're going to start adding some more pieces onto this. So I want you to get to the point where you can hit the ball with a seven iron at least a hundred yards, and keep it this high off the ground. Now that's maybe a little bit of an exaggeration, but in your head I want you to visualize that.

And one of the best visuals that I used to use with all my students, is I would either put something here like a club or something like that, or I would tell them to imagine their favorite pet was just in front of them. You don't want to kill your dog, so you've got to get the ball underneath the dogs belly, so you really need to concentrate on getting your hands really de-lofted. That ball didn't even leave the ground but still went 20 yards. As you start adding more speed to it ... Now that ball went about four feet in the air and flew about 100 yards. Again same thing, getting my wrist in this position. I want you to start out really small and get to the point where you can get comfortable with this wrist being in this position.

If you've forgotten all the stuff I covered in the impact videos, go back and watch that where I talk about kind of visualizing your logo pointing at the ground, or a nail going through your hand looking this way. Those types of things really help you work on the shot. But master both the release shots that you learned on day one, and now start getting the ball to go low in day two. 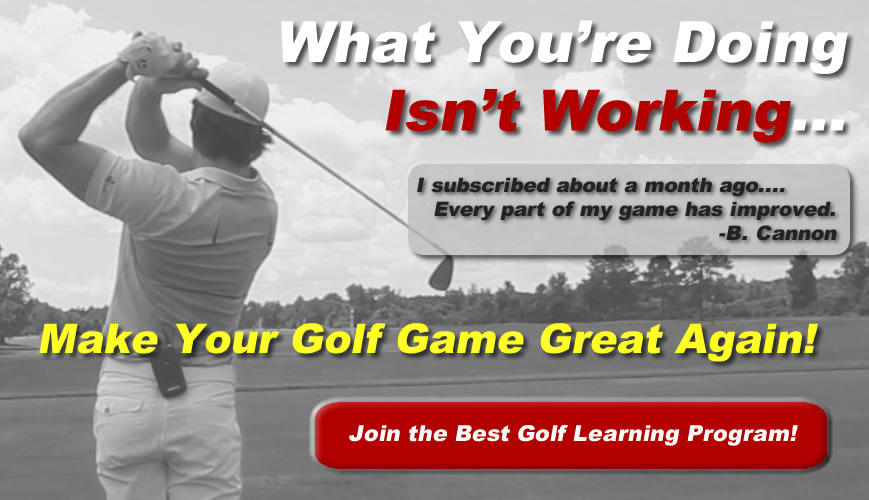