RST student uses a simple 3 step process to shallow his golf swing and build in a ton of lag for clubhead speed. 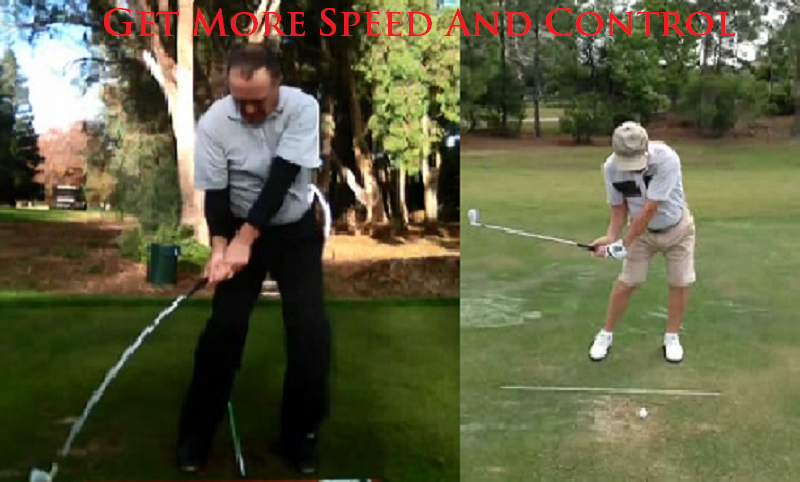 In today's video I want to take some time and show you some recent student success that we had here from Tom who's been a long time member of the site. We were able to work through a three step process here to not only get him more lag as you're seeing here one the screen. We were also able to shallow his golf swing out an amazing amount. So if you've been looking for a solution to get more lag in your golf swing, and you've been looking for a way to stop coming over the top, then you want to pay close attention to this video because I'm going to go ahead and relate it to some premium videos on the website that are going to certainly help you out and get you well on your way to playing your best golf, so let's go ahead and get started.

Okay guys, so as I was saying in the opener, I wanted to take a couple minutes and show you some really awesome student success we just recently had with one of our members here, Tom. Tom has been struggling with being over the top and with a lot of right side dominance actually. You're going to see over here on the left hand side of the screen this is the Tom of old. You can see how vertical this club shaft is. It's almost above the right shoulder. It's quite a bit above the plane line. Now we have the club tracing down the plane line which is going to make it much easier for us to be able to deliver the golf club down the correct path and also be able to release the club from a proper angle of attack here.

Let's go ahead and take a look at this from a face one perspective, and I'll show you further. Okay guys, so now taking a look at this golf swing from a face on perspective, what we had to do once we shallowed the golf swing out by working on sequencing the golf swing properly by using the lower body. We had to work on the release, and we came up with a good drill here that was able to kind of tie three moves together. It was the squat to square video, a left hand golf club release drill which is a phenomenal video as well, and then the lose the right hand. Those three videos basically kind of compiled what we were trying to accomplish for this golf swing. We needed it shallow, and we needed to be able to release the club because when he had as much right side dominance in this golf swing on the way down, he was pushing very, very hard from the right arm causing the left wrist and the left forearm to get really, really tense.

When that left wrist gets really tense, it's not going to want to rotate when we take the right hand off the club completely. We had to spend some time really kind of shaking out the tension, really working through to feel like the left wrist was staying very supple through the hitting area. In turn you're going to see over here on the right hand side of the screen kind of the drill we worked on.

You're going to see a good squatting move over to the lead side, good shift. Right hand's starting to come off the club. We've been able to maintain a lot more lag, and then the release looks absolutely fantastic. Very good positions as a whole. So we drilled this quite a few times, and we were able to get some really good results. Actually at the end of the day, we were able to get way more efficient where we didn't have to feel like we were working so hard, and in turn we were getting better compression on the golf ball.

That's really the name of the game is being able to identify the problems and being able to really kind of focus on the areas that you need to focus on most. I think if you take these three videos if you've been really struggling with those areas of your golf swing. Take a look at squat to square. Make sure that you understand how we want the lower body really driving things. Then learn the left hand golf club release drill. That's a good video that you can always work on no matter what part of the swing you're working on.

Then the lose the right hand. That's another awesome video that's going to teach you how to get that culprit of causing us all those main issues off the golf club and drive things from the lead side of your body, and you're going to be well on your way to playing much more consistent, more efficient and more safe golf. All right guys, so that's our student success story. Let's get out there. Let's put it to use, and let's be on our way to playing some good golf. I wish y'all the best, and make it a great day.