The TRUE Fundamentals of the Golf Swing

The TRUE Fundamentals of the Golf Swing

Do you REALLY know what the fundamentals of the golf swing are? 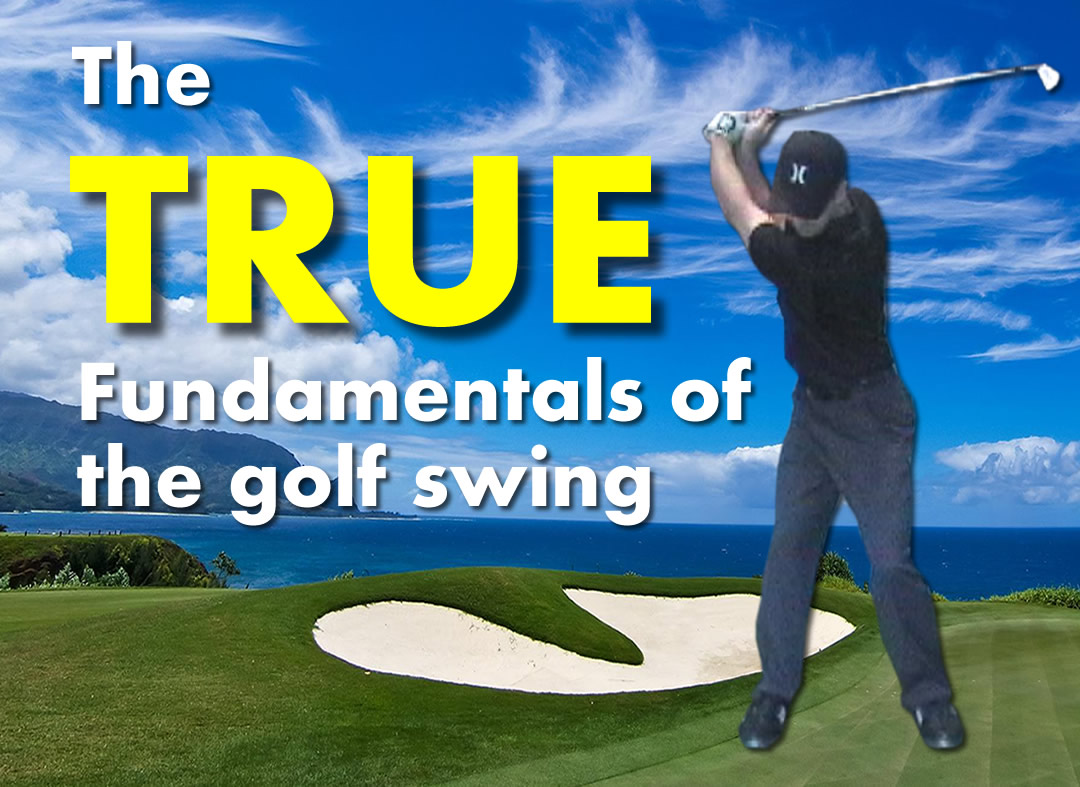 Hey guys, Chuck Quinton here, founder of rotaryswing.com. I want to talk about something that I think is one of the most important parts of understanding the golf swing and learning the golf swing and that is fundamentals. Now everybody says that they teach fundamentals but at Rotary Swing we believe that we're the only true fundamentals based approach to learning the golf swing. It's kind of a big claim but I want you to think about it for a second because we've got a lot of evidence to back this up, but first I want you to think about first of all the importance of fundamentals. Think about everything else that you've ever learned in life. Many of us learned how to drive on manual transmissions. Back in the day you learned in a parking lot, someplace quiet and isolated and all of us learned the same fundamentals and that was if you're in the United States your right hand is on the gear shift, your left foot is on the clutch pedal and your right foot is on the gas pedal.

None of you learned to put your right foot on the clutch pedal and your left foot on the gas pedal. How come? Well, it's just the fundamentals of learning how to drive. It's the most efficient way to put your feet on the pedals on a manual transmission. That seems very common sensical because it's agreed upon fundamental that everybody agrees on that everybody teaches the same thing. Now if you go to ten different golf instructors and asked for the fundamentals of the grip or the setup or the swing plane or anything for that matter you'll get ten different answers and so that alone should be a huge red flag for golfers trying to understand and learn the golf swing is that there really hasn't been much of a fundamentals based approach to the swing and that is not everybody can even agree on what a fundamental of the golf swing even is.

In fact many golf instructors believe that everybody has their own set of fundamentals. Well, what is there what seven billion planet people on the planet? That's a lot of different fundamentals that we're trying to manage and teach everybody something completely different and unique because they all have a different golf swing? That's insane. Think about that for a second. Every Olympic sport on the planet has a agreed upon set of fundamentals that everybody learned to do the same thing the same way. If you're an Olympic diver, if you're a power lifter, if you're a sprinter, you all learn the exact same fundamentals but yet golf the most complicated fast moving precision requiring sport in the world has no agreed upon fundamentals? Come on. That doesn't make any sense. So Rotary Swing we take a completely different approach to the swing. We do know that there are fundamentals to the swing and they're based on Webster's definition of what a fundamental is.

Swing plane is the first thing that you see somebody get on a telestrator and they draw a line and oh look at his shaft here and his club shaft here and the plain there and so on and so forth and so, since it seems like it's on TV every five seconds every time there's a golf tournament on swing plane must be a fundamental of the golf swing right? It must be the most important thing because that's what they always talk about. Well think about it critically for a second and judge for yourself. Where would swing plane fall into? Is it primary, ordinance, central, absolute or is it secondary? Is it consequential of how you move your body, in what sequence? Is it happening in the periphery of the golf swing and is it dependent on the sequence and order that you move your arms hands body etc?

Well doesn't take a rocket scientist to figure out that by its very core it's definition swing plane is not a fundamental of the golf swing. Now that may sound like blasphemy to many of you plainologists. At Rotary Swing we're not saying that swing plane is unimportant. Of course it's important. It's extremely important but the problem is this. When people have a poor swing plane the way that golfers, instructors typically go about fixing it is completely backwards. They start focusing on fixing on what's happening in the periphery and what's dependent and secondary to all these other things that are happening. With Rotary Swing we absolutely think swing plane's incredibly important but we fix it by fixing the fundamentals. The fundamentals of moving your body, your core, the sequence of those movements is how you fix swing plane.

So when we got a golfer who's got a terrible swing plane we first look at their body. How is their spine aligned? If somebody's swinging over the top they're going to tend to have a spine that's too upright. What is their force of movement? What is the sequence of movement? Are they moving really hard from the right side? That's the first way that you steepen the shaft plane and we start coming over the top. Rotary Swing fixes the cause not the symptom and so when you understand what a fundamental is you'll understand the RST five step system is that we're working on things from the center out. That's how you fix problems. You don't fix a broken bone by putting a bandaid on it. It may keep it from getting infected for a day or so if it's a compound fracture but at the end of the day that bandaid's going to eventually fall off and that's what golf tips really are.

They're bandaids. When you take somebody and you go take a golf lesson and you say hey I'm slicing it and you strengthen their grip really hard and you have them make a really hard right and tell them, hey swing from the inside. Well if they knew how to do that they wouldn't be swinging, they wouldn't be coming to you to pay for a golf lesson. So when you fix the fundamentals you fix the underlying cause you take out the cancer, you fix the actual broken bone. You don't put a bandaid on it and that is a fundamentals based approached to the swing and that has Rotary Swing written all over it.

Swing plane. Swing plane, if we look at it, you basically talk about the imaginary plane that the club swings on, whether you're talking about the center of gravity of the club face or the club shaft. Not important for our discussions right now because swing plane can't be a fundament because by definition, it is consequential to how the body moves, it happens in the peripheral, and it's completely dependent on what I do with my body. Now, notice I used all three antonyms there do describe swing plane so it's a pretty good bet, by definition, it cannot be a fundamental. I'm not saying swing plane's not important, but it happens when you move the origin, the central, the absolute. You move the body, the center, correctly and the swing plane will happen automatically, believe it or not. By definition, that's what you should really be working on.

I'm going to give you a quick example of this. I'm going to do a simple drill that is from our Five Minutes to the Perfect Back Swing that's going to show you how to get into a perfect swing plane without me focusing on the club at all. I couldn't care less that I even have a club in my hand. In fact, I'm going to show you without a club first. I'll set the club down here. I'm going to give just a quick preview of how this drill works, how we move our arms into position, and we rotate to the top. As I do this and I start focusing on these movements of elevation, inflection, and rotation. As I do that, I'm just focusing on rotating my body and elevating and creating flexion in my arms. It's all I'm doing. It's just a movement pattern. It's central and absolute. My body is moving. Notice the club didn't move itself. It can't move itself. I have to focus on what I can control, which is moving my body.

Now, I'm going to take that club and go through the exact same motions. I'm going to go through elevation, flexion, and all these terms are defined in the video. I'm going to to elevation, flexion, and rotation. As I put these together, I'm creating a perfect swing plane without trying. I'm simply focusing on the core movements, the central absolute stuff, not the stuff happening in the peripheral. The club will go where you want it to go when you focus on the fundamentals. That's what rotary swing is all about. We're going to get you to move correctly. By consequence, the club will then be moved correctly. Take a look at this Five Minutes to Perfect Back Swing video. It will completely change the way you think about ...


JOIN OUR 389,453 MEMBERS AND GET INSTANT FREE ACCESS TO DOZENS OF VIDEOS!

Get Your Free Membership to Finish Watching "The TRUE Fundamentals of the Golf Swing" Right Now!

Get Your Free Membership to Finish Watching "The TRUE Fundamentals of the Golf Swing" Right Now!