Jack Nicklaus said he would've changed THIS about his putting if he could go back and do it all over again!

NOTE! Do NOT post your email address in the comments below! You are to refer a FRIEND, not yourself, to get access to the content! Use this link: https://rotaryswing.com/quickquiz/assets/landing-pages/refer-a-friend 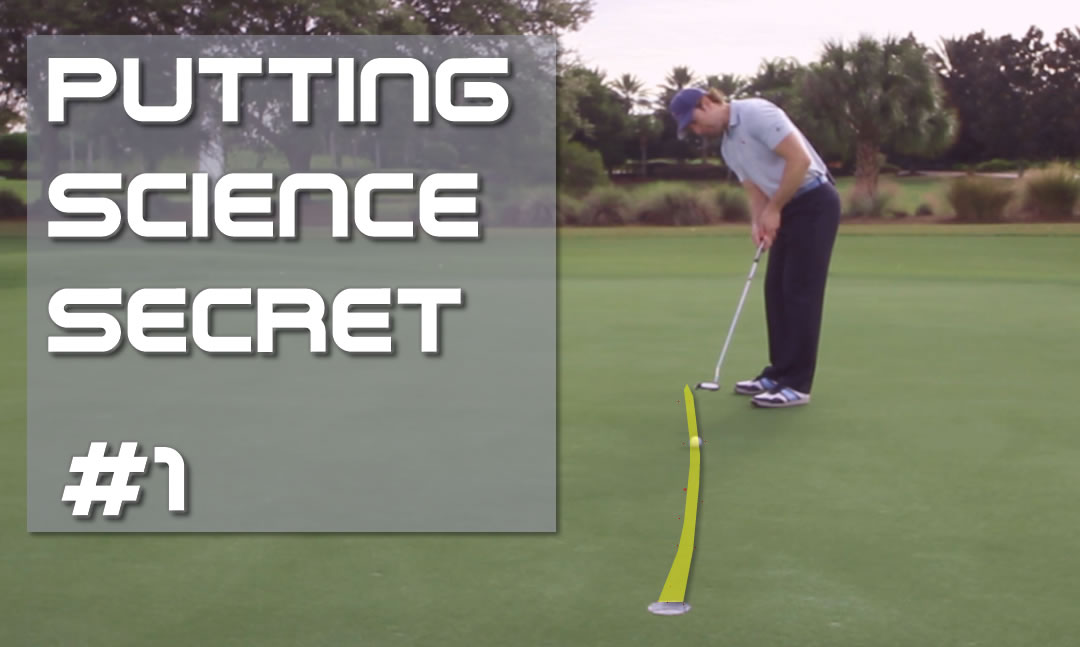 Well, two putts from there and I'm in. If you've ever felt like this when you're over a putt, that after hitting a great shot into the greens you're just a few feet, then listen up. I've got something really, really interesting for you. And it's not just another set of boring putting drills.

All right, I've just hit this mid iron approach shot up here to 12 feet. It's a hard green. It's very firm. It was hard to get it this close. I hit a great golf shot. All systems are go, I'm thinking to myself, at least I'm telling myself that I should be thinking that, "All right, it's a 12-footer for a birdie, no problem. I know it's a little downhill, but I'm gonna make this."

The reality is that during my entire playing career as a professional, which spanned more than five years, I averaged about 16 to 18 greens around, and more than 32 putts. Yeah, it's not exactly a great stat, and that's why I'm not playing professionally anymore. I probably have the most dubious distinction of being one of the best ball strikers on the mini-tours with the highest scoring average. That's not something you want to be known for. I would hit 16 or 18 greens a round and still struggle to break par because I struggled so much with putting. And I tried everything - puttings tips, putting drills, putting aids. I tried looking at the hole, I tried different grips, I tried rocking my shoulders, tried using my hands, I tried a belly putter, a long putter, you name it, I tried it. I got fitted for putters, nothing helped. It would maybe give me a temporary relief from my putting woes, but nothing helped.

I got so frustrated with the game that I eventually quit playing professionally, because it was incredibly frustrating hitting the ball so well and hitting it so close to the green that I couldn't get the ball in the hole. No matter what I tried, from ... I mean, I literally tried meditation, different mental approaches to the game, you name it, I've tried it. But no matter what happened, every time I got up with the ball, no matter how confident I was, even telling myself like, "Oh, absolutely, I'm a great putter. I'm gonna make this," I still did that. Missed it so many times that I just couldn't stand it any longer.

If you can relate to any of this, I've got something that's going to completely change the way that you putt for the rest of your life. Putting, for me, was just not even a fun part of the game, to be honest with you. It became a drudgery to have to go out and practice, especially when I practiced a lot and didn't get any better. Now, many of you can relate to this on your full swing, right? You go out and practice. You hit thousands of balls, you do all kinds of drills, and you don't get any better.

But in putting, that stuff doesn't seem to apply. Putting seems to be kind of like this black art, this voodoo stuff, that you're either good at it or you're not, you either have a good sense of touch or you don't, you can either read greens or you can't, and that just doesn't resonate real well with my brain. I need hard, logical facts. I want answers that make sense to me, and I could never find any with putting.

Every putting instructor I went to, to help, when I was playing professionally, trying to get for myself, told me something different. You know, "Oh, try this," or, "You should look at it with this eye," and, "Oh, close your eyes when you putt," or, "Look at the hole." "Oh, just listen for it to drop." I mean, none of this stuff really changes anything about how you're going to putt, because trust me, I've tried it all.

So at that point I just said, "You know what, maybe they're right. Maybe you just, you can't putt if you just don't have it, and I'm just not a good putter. So golf, as a career, maybe it's just not the right choice for me, because obviously, I can hit every green and still shoot 73." So I finally stopped looking for the answer, and that's when I found it.

Totally coincidentally, I was down in Jupiter, Florida, playing at the Bear's Club, which is, of course, Jack Nicklaus's home track. And he happened to be there the day that I was there, and he was on a green, and we came up and he was sitting there talking to somebody.

The guy I was playing with happened to know him, and so we start listening in on this conversation a little bit, and the guy that Jack is playing with asked the most interesting, profound question that I thought somebody could ask for somebody like this. He said, "Jack, if there's one thing that you could have changed about your game, just one thing, what would it be?" And I thought, "Oh, maybe he wanted to hit the ball further, ability to draw more consistently, hit it low, or whatever," and it was about his putting.

He said if he could change one thing, it would be this one specific thing about his putting. And I thought this is a guy who's won 18 majors, he was a phenomenal putter, I mean, he couldn't win that many majors without being a great putter, and yet he wanted to change it. And if he could go back and do it all over again, he would change this one thing about his putting.

And I was like, "For seriously?" And, of course, with my putting woes at this point, I'm like, "Ah, forget it, I'm just not a good putter. It's just the way it is." But it kind of gave me a little glimmer of hope. I'm like listen, if this guy, if Jack Nicklaus, says, "Hey, I would change just one thing about my game and it's this one thing about my putting stroke, maybe I should try that." It felt like I had tried everything, but maybe I hadn't tried this.

So the rest of the round, I went out and I did exactly what he had talked about in that little chat, and I putted the best I ever putted in my life. Now, part of that's just kind of dumb luck, to be honest, because when you distract your brain you give it something else to focus on, especially when it comes to putting. You kind of block out all the other bad memories and you have kind of a new little sense of renewed hope, and you putt better.

But it didn't stop after that day. In fact, it kept going, but it wasn't all, you know, peaches and roses, there were some ups and downs, especially with distance control. But as I started working through this and started trying to understand it, a light bulb went off and I said, "Wait a second. What Jack is talking about with his putting stroke is the exact same thing, the same fundamentals, physics, and anatomy-based approach to the golf swing, he just didn't describe it that way, but that's exactly what he was talking about with his putting." And I said, "This is brilliant. This is exactly how I teach the full swing. Now I can take what I know, all my expertise about the full swing and the body and the physics of it, and apply it to the putter."

And all of a sudden, it was like the heavens rained down on me and I'm like, I can actually putt again. The game is fun. I can actually go out and play and not be like, "Oh, yeah, I'm gonna hit 16 greens and shoot 75." I'm actually going to be able to make some putts. And I started shooting more consistently in the 60s, and all of a sudden putting wasn't such a drag anymore. In fact, I actually kind of enjoyed it, which, I know, it's kind of crazy for me to say.

But it was this one thing that changed everything for me, and that's what I want to share with you. So put your email address down below. I'm going to send you a link to the next video so that you can start understanding the key components of this one key change that's going to completely change the way you think about putting. The first one we're going to start with is the most amazing thing, because it will not only help your putting, but it's going to change the way you think about the full swing forever. So let's get started.


JOIN OUR 396,337 MEMBERS AND GET INSTANT FREE ACCESS TO DOZENS OF VIDEOS!