Cutting strokes with your pitching is all about consistency. In this video, I’ll show you how to set up for a perfect pitch shot. Nail this setup, and you’ll find it easier to dial in your distance control. Check out this video now to hit consistent pitch shots! 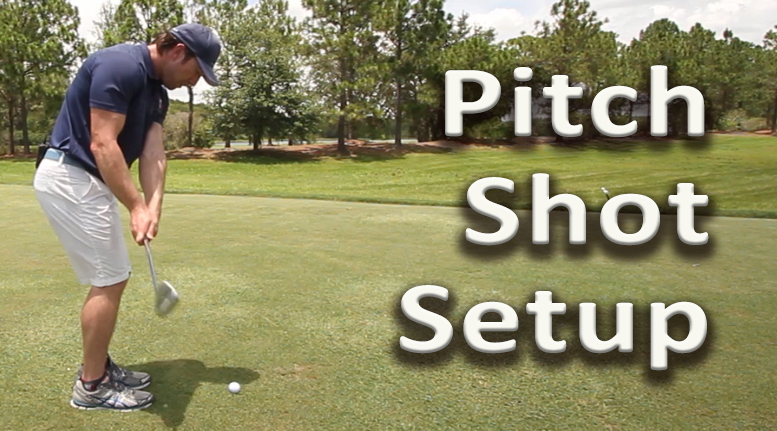 The pitch shot is really one of the easiest shots in golf, but if you're not setup correctly this shot can leave you trembling in fear anytime you get on a tight lie or anywhere around the green where a lot of finesse and delicate touch is required.

I'm going to show you how to make this shot super, super simple today so you never have to struggle with it again. Today we're just going to talk about the setup in this video because the setup is going to predetermine so many things that are so critical in a short game.

When it comes to hitting a proper pitch shot there's a couple things that you really want to think about. One is your angle of attack. Your angle of attack is one of the primary determining factors of the quality of shot and the result that you're going to get out of it. Most golfers set themselves up in such a way that their angle of attack with the club is going to be very steep and very sharp. When you do that that's going to require that you catch that ball just perfectly and it's going to be very hard that you don't get a lot of grass or dirt in between the club face and the ball, which brings us to our second point, and that is spin control.

Certain pitch shots you want a lot of spin. Certain pitch shots you don't want much spin. Spin is primarily determined by the angle of attack, the club face angle, and the speed of which you hit the ball. Of course, you can throw some contamination factors in there, like when you come in too steep and you get a lot of grass between you and the ball. That's going to take away spin.

By contrary, if you come in too shallow and actually hit up on the ball you're going to blade it and that's going to put no spin on the ball and you're going to blade it across the green. How do we get all of these complicated factors to work together for us really, really simply? One is setting up to the ball completely different than what you've probably been taught in the past. That is with the ball more up in your stance.

When people are taught to pitch like this with the shaft leaning well forward the problem with this is what are you doing to your angle of attack and the loft on the club? This 56 degree wedge has now become pitching wedge of that, that's got maybe 45-48 degrees of loft on it. I want all of that loft on there because I need that for spin. If I could have more loft on the club I can swing faster, which will create more friction between the club face and the ball, which will create more spin, and it'll keep me from sticking the club in the ground when the shaft is vertical because the bounce of the wedge is what's going to strike the ground first. The bounce is going to allow the club to glide through the grass rather than this leading edge acting like a knife and digging into it.

First things first, we've got to get our ball positioned right. This is huge. As I move the ball more up off my left instep rather than back here behind my right ankle, you can see a huge change in the angle of the shaft. This is now going to allow the club to bottom out like a grandfather clock, nice and shallow, and more importantly, in the exact same spot every time. If I have the ball way back in my stance, it's going to be really easy for me to do that stuff, lay the sod over it. That's really embarrassing. We don't want to do that stuff anymore. Setup ball position off the left instep.

Stance-wise, do you want to setup square, open, what have you? You really want to setup pretty square. Again, where this open stance stuff came from was having the ball way back in your stance. You don't need to do that when you're setup to the ball correctly. With the shaft more upright you're going to setup more square, makes this a lot easier to figure out where you're swinging the club and where you're aiming, and to keep a more consistent path into the ball.

The last thing when it comes to setup is how far away do you setup to the ball? From this view here a lot of times people want to get really far away, and that gets the club face with the loft opening up and aiming to the left. You actually want to setup a little bit closer to the ball than you normally would and do the opposite so that the toe of the club is slightly lower than the heal. I'm not talking about like this, but just slightly because that allows this toe of the club to slide through the grass and not catch and dig. This is another protection factor. When you're setup like this it's really easy for the heal of the club to dig in. If it's just slightly on it's toe and you're stood to the ball just slightly closer than you normally would, then no matter what it's really easy for the club face to glide through the turf and not worry about laying the sod over.

To recap, ball up in your stance, shaft vertical, feet square, slightly closer to the ball to get the club slightly more up on the toe, the heal up in the air, and really simple, nice little chip shots, pitch shots will be the result. 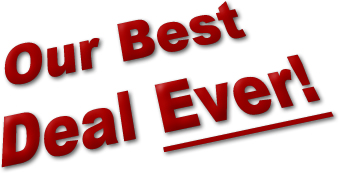