Tim Burke wins his 2nd World Long Drive Championship. In this video, I'll show you the keys to Tim's crazy clubhead speed and show you how to use the kinetic chain in your own swing. 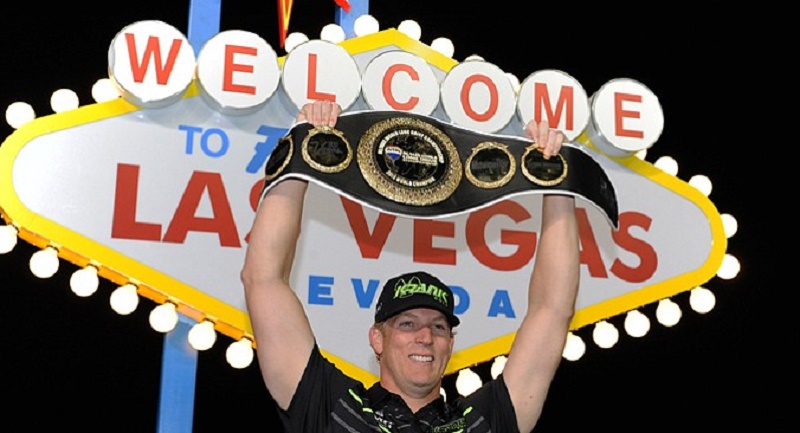 We are back with this week's tour analysis with now the two time World Long Drive champion, Tim Burke. Congratulations to Tim for getting his belt back. This week we're going to be focusing in on the kinetic chain in the golf swing and how to use it properly in your golf swing so that you can squeak out more power and more club head speed. Let's go ahead and get started.

Okay, gang, this week we are going to be focusing on kinetic chain, what that means, and how you can use it in your own golf swing to help develop some more club head speed. The way we want to look at the kinetic chain is much like a baseball player. Tim was actually a NCAA pitcher, and you could see that he uses a lot of the similar style movements as a pitcher as far as being able to deliver power from the ground up. That's really what the kinetic chain is all about.

If you look at the way sports medicine refers to the kinetic chain, it's just a sequence or chain of events that in order to take place for an athlete to be able to deliver power and be able to throw or hit. That's what we're going to be talking about today. That's what Tim does really well in his golf swing. He's got an extreme amount of flexibility, and he really motors his golf swing from the ground up. That's really where it starts is being able to use your lower body not only as a power source but also as a way to stabilize your body. You can see here, even at 227 miles an hour of club head speed recorded, Tim has an exorbitant amount of balance in his golf swing, which is really unheard of for a lot of these guys that get out there and bash it 400 plus yards. You can see over here on the left hand side of the screen how nice and balanced he is through the whole swing.

What we're going to be looking at here is, from a down the line perspective ... Let's go ahead and load him up to the top here. What I want you to pay close attention to here is you can see that he's got a lot of separation between his hip line and his shoulder line here. You'll be able to see it a little better from a face on perspective. He's got very much a Jack Nicklaus style leg move here. You can see how the leg really dives in here. The left foot comes up off the ground. That allows him to have a little bit more mobility in his hips, but in turn he's going to use this as a good way to transfer his weight back over to this lead side much like a pitcher. You're going to see this external rotation of the lead leg. For all you medical gurus out there, this is actually internal femur rotation. You're going to see this first move as the club is still moving back. You can see the club head.

Let me back it up a little bit here. This is where he's going to start to shift his weight. You see him starting to unload with that internal femur rotation, and now he's getting his weight back over to his lead side. This is where he's going to start to drive his left heel into the ground and he's going to start to clear the hips out. You could see that he's got an extreme amount of lag coming down here, and then as he gets his hands in front of his trail thigh here, still you can see that he's getting ready to start to release it. He's not going to use a lot of old school leg drive. You saw more of an old school move going back, but he used that to his advantage. He used it to help get him a little bit more mobility. I think he turns his shoulders right around 135 degrees, and then in turn what he did is he used that as a trigger point to go ahead and start to plant himself back into his lead side and then be able to post up and throw the club.

You're going to see it here. Watch this lead foot very closely. You see how he plants it, and then his hands and arms start to work down in front of him, clears out the hips, and then he fires the hands and the arms. Keeps the right heel pretty close to the ground here as well, which is also unheard of for a lot of these long drive guys. You see a lot of big right leg drive. This is why we think Tim's going to be able to do this long drive stuff for a while now because he's not putting a ton of stress on his lead hip, and he's not putting a ton of stress on his lead knee, which is really a big part of golf these days as we see a lot of those lead knee and hip problems.

With that being said, what I want you to be able to start doing is I want you to be able to start your downswing with your lower half. You want to try and feel as though you're actually getting your lower body to start moving to your lead side before your hands and arms start to finish the top of the backswing. We've got some videos to help you out with that. We've got Build your Swing from the Ground Up. All of these videos are going to be over here to the right hand side of the video player. Just go ahead and click the recommended videos tab. All these videos will populate. Start your downswing before completing your backswing. That's another good video that's going to give you a little bit of a drill in it, and then the right knee drill. If you've been noticing that your right knee is really collapsing in towards your left hard, which is causing you too much tilt, or maybe you've been battling with some lead knee issues or some lead hip problems, definitely try that drill out. We seem to get a lot of good results from a lot of players.

Again, the point of today was just to showcase how Tim makes a ton of club head speed. Obviously, his club head speed is at 156 miles an hour and ball speed at 227 miles an hour. He won his first Long Drive Championship with a record setting 427 yards, which is obviously not too shabby. I wanted to show you guys how it relates to the kinetic chain, can be very relatable to the baseball, to a pitcher, to a pitcher's move. You'll see a lot of external rotation of the lead leg or, gain, internal femur rotation. You'll see them plant, you'll see them, excuse me, drive off the foot, and then you'll see them transfer the power up through the legs, up through the torso, and then out the arm for the delivery. That's very much like the kinetic chain in the golf swing. If you've been looking for a way to get more power, then definitely check out those videos and get to work. Now let's make it a great day.