Once you've mastered the RST swing method, you realize that, due to the simplicity of the swing, controlling and manipulating ball flight is very simple.

How to Draw the Golf Ball, Golf Swing Plane

Differences in Swing Mechanics Working Hitting a Fade and Draw 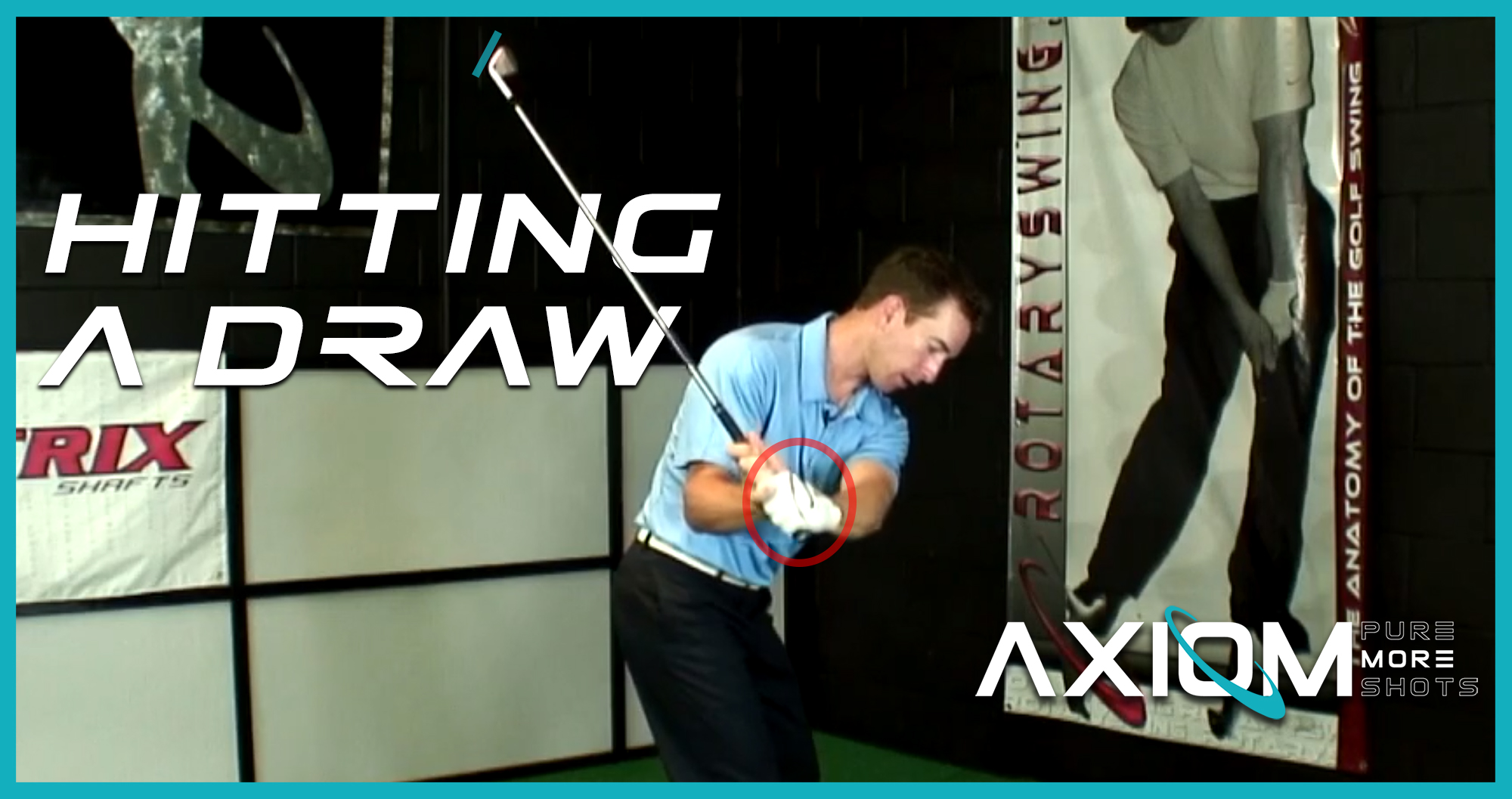 A simple way to think about this is if you're pulling a pull cart down the fairway. You know, the pull carts that you pull behind you or push in front of you, depending on how you use it, that carries your clubs for you so you can walk and not have to carry your clubs on your shoulder. If you pull that down the fairway, it will track directly behind you and basically move in almost a perfectly straight line because it's always moving towards the force of movement. Now, when you push something, you get behind it, which is the more dominant motion, if you're not pushing directly behind the center of gravity, it's always going to turn. It's going to be moving down the fairway like this. If you watch somebody pushing one, it will have a zig zag pattern to it, relatively, compared to someone who's just pulling it. It will follow directly in a straight line.

That's why we learn to use the left hand. The same thing is true in golf. If I start pushing at it, while it's a more dominant motion, if everything's not dialed in there perfectly, it's going to be very hard for me to control the club. It tends to break the left wrist down and make it impossible to control the loft on the club face, so you can't control your trajectory. Everything we're doing is predominantly left hand, when it comes to club face control.

As you look at drawing the ball, we need to start understanding exactly how that works and look at making a couple little adjustments to draw the ball. It's very, very simple to hit a draw. A couple things that we're going to adjust. First of all, at the top of my swing ... Let me back up a step. At impact, I know that my club face needs to be relatively shut in relation to where I'm wanting to hit the ball. There's a couple things to think about here. First of all, understand that the vast majority, the most influencing factor of the initial ball flight direction is the club face angle. The path has about 20% club face and has about 80% roughly. A little bit different in there because the ball compresses on the face, and so on. If you just think that the majority of the starting direction of your ball is going to be club face angle, you can manipulate the path a little bit, in order to get the ball to start a little bit to the right and draw back.

It just depends on the type of draw that you want to hit. If you want to hit basically a straight draw, where the ball is basically start where your path isn't going to change. You're not going to try to swing more into out to get it to start to the right, then very little adjustment your swing needs to make, other than the club face angle and the release. You can set up dead square, just like you always do. Make your normal swing path as square. Just understand that the ball's going to start a little bit left of your target line and draw further left.

If you want to manipulate it and get the ball to start slightly to the right of your target line and draw back, you have to make an adjustment in set up. All that means is just moving the ball back slightly in your stance. That will get you to the point where you're coming slightly from the inside. Then all we need to do is worry about club face angle. It's a very, very small adjustment. Even just moving the ball back an inch in your stance, maybe two, will get you to the point where you're coming fairly quite a bit more from the inside than you normally would be and being able to hit a draw that starts to the right and comes back.

From there, it's all just worrying about the club face angle. That's simple. The RST swing pattern is such a simple swing that you're really doing so little manipulation, that you have the freedom to start adjusting what you do with the club face angle. Long story short, the only two things that I'm going to do different in my swing, other than the setup position, is A, at the top, I'm going to let my left wrist bow just a little bit more. Right now, this would be at the top of my position, swing normal. My wrist is really flat. I would let my wrist bow slightly. That goes back into that knuckles down, logo down video. As I go to the top, because this is going to give me a little it of a head start on getting that club face to be a little bit shut in relationship to my target line than where it would be normally. Go to the top and let my left wrist feel. It's just slightly bowed. You can see, there's just a tiny little change. We're only talking a few degrees here.


JOIN OUR 402,126 MEMBERS AND GET INSTANT FREE ACCESS TO DOZENS OF VIDEOS!

Get Your Free Membership to Finish Watching "Hitting a Draw" Right Now!

Get Your Free Membership to Finish Watching "Hitting a Draw" Right Now!