How to Fix Swing Plane & Path

How to Fix Swing Plane & Path

If you want to truly, once and for all, fix your golf swing plane and path, you must heed my advice in this video. This is the ONLY way to permanently and correctly fix your swing plane!

TRUE Fundamentals of the Golf Swing

The Proper Golf Swing Plane: How to Analyze Your Swing 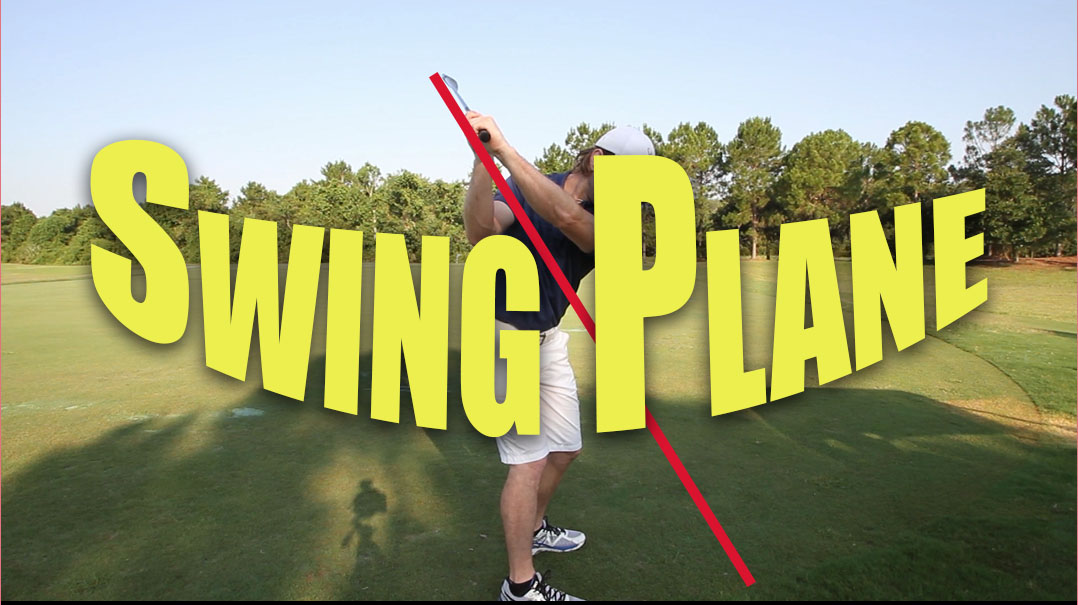 So many golf instructors try to fix their golf student's swing planes by making them try to manipulate the movements of the golf club with the arms and hands. This always leads to disastrous results and a massive loss of power.

The modern golf swing is driven by the core and trunk of the body and all movement emanates from there. Unfortunately for the amateur golfer, they tend to do the exact opposite. They tend to swing the golf club solely with their arms and hands and never learn how to use their body correctly.

In order to fix your golf swing plane and path, you must learn to start your golf swing movements from the center out, then the arms and club follow on a proper plane without you having to try to swing them on plane. That's the beauty of RST - things that you've struggled with your entire life in your golf swing are not only easier to fix, but they're fixed much more quickly by simply focusing on the smaller, simpler movements of the body and not the arms.

But what is swing plane, really? And why is it so important, or is it even important? If you remember my golf swing fundamentals video when I defined what a swing fundamental really is, I told you swing plane actually isn't a fundamental of the swing. By its very definition, it can't be, because it's happening in the periphery. And it's a complete result, inconsequential of how you move your body.

Is swing plane even important? Yes, it's absolutely one of the most important things in the golf swing. It's just not a fundamental. How can it be that important but yet not be a fundamental of the swing? That seems like I'm contradicting myself. Not at all.

Swing plane is extremely important, but how you fix swing plane is the key. What I mean by that is, most people look at a swing plane, and say, "Oh well, this golfer's swinging over the top, so what we're going to do is tell him to start taking the club and feel like you drop it from the inside and swing way out to first place or right field." How many times have you heard that one? It never fixes the problem. That's why you're here looking at another golf instruction video. Just telling you it has swing out here and starts coming from the inside, if that was that easy to fix, you wouldn't need an instructor. You'd just do it on your own.

The club and the path and plane that it's traveling on is nothing more than a result of how you move your body and in what sequence you move your body. If you don't shift your weight in the downswing, you have nothing else to move the club from here to here, other than your arms, and hands, and shoulders. What you're going to do, if you don't move your lower body first, is you're going to move your upper body. Guess what that's going to do to the club? It's going to change the plane and path that this club is traveling on.

It's where you fix the problem that makes your golf swing work or not work, and that's the biggest problem with golf instruction. Most golf instruction focuses on the symptoms. The symptom is your swing plane sucks. You're swinging over the top, or you're away from the inside, or whatever it may be. Okay, I get that. But how I fix it, instead of trying to fix the golf club, the path and plane that it's traveling on, I'm going to fix what's causing the club to move on an improper plane and path. That's the difference between rotary swing and every other swing methodology. We fix the cancer. We fix the cause, not the symptoms. We are not a symptomatic tip-based approach to the swing. Those things simply don't work.

How do you fix swing plane and path? As I mentioned, it's all about fixing sequencing and doing all these other fundamental things, which honestly makes things a lot easier. Rather than chasing this club that's traveling in this big arc around your body at great speed and going to places you can't see it in the backswing. And you can't see it coming down. Instead of focusing on those things, all you have to do is focus on these tiny little movements. For one, one of the biggest things that we see all the time, for people who swing over the top, and they tend to reverse pivot going back, and so it makes the club tend to get really steep going back and down, is axis tilted setup. Look at the setup videos. You must have axis tilted setup.

When you go back, and if you have a swing plane that's going way inside like this ... How many of you guys know this move? This one's really frustrating. Guess what you did to move the club? The club didn't make itself go over there. It's not just behaving badly. It doesn't care. It's only going to go where you tell it to go. The only reason it does this is you've done too much with your arms, and hands, and shoulders, or you've swung really flat with your shoulders.

All you need to do, again, go back to the RST 5 Step System. You need to focus on creating correct rotation. Now I don't have to worry about my swing plane and path, because it's automatically going to be fixed, because I rotated correctly. I rotate correctly to get my arms to play nicely with that. My hands are being transported and moved by my body. Now if I put a club in my hands, and I focus on that same movement, the club still goes exactly where I want it to. But I never once worried about the club, nor did I try and position the club, or fix swing plane and path by fixing the golf club.

How many of you watched The Haney Project out there? That was one of my favorite, or perhaps least favorite, things on television to ever watch. Hank Haney took a bunch of golf students on the Golf Channel, and for eight months, they hit 1,000 balls a day, and did tons and tons of drills. Yet at the end of this eight months of pounding gazillions of golf balls, none of them really got any better. I don't know about you, but that would be infuriating to me to spend that kind of time, and effort, and energy in trying to get better at golf and then actually ended up being in the exact same spot I started.

The reason is, in my opinion, is all he did was focus on the symptomatic approach to the swing. All Haney will care about, and he'll tell you this, and he's written about this, which is why I feel comfortable saying this, is that all he cares about is the swing plane and path. I don't argue that swing plane and path is extremely important. It's one of the first things we fix. I do argue about how you fix it.

If you watch Haney's approach, he grabbed the club, and he said, "Do this," and loops it around. He grabs the club, the student's club, and picks it up outside, and then tries to get them to feel this. Yet none of them can do that. It's because their body isn't moving correctly. You can't just tell somebody to pick the club up and to loop this. This doesn't feel right. It doesn't feel powerful, doesn't feel in sequence, because it's not.

I would take that same person and say, "Okay, we're going to get you set up correctly and get you turning correctly." Now all of a sudden, look where your hands are. The club's on plane and traveling on the correct path. Now what I'm going to tell you to do is the stuff we focused on the backswing. Now I'm going to tell you all to do is 5 Step System. What do you do first from here? Shift your weight. Look at that. My swing, the club drops straight down on plane. Instead, Haney would tell you, loop it in with your arms and try and do this. It doesn't work. Of course, it doesn't work.

You focus on the fundamentals, and swing plane and swing path will fix themselves. It seems like a cop-out. "Oh, tell me how to get my path zeroed out. Tell me how to get my swing plane perfect so I can hit a perfect little draw." I just did. Focus on the 5 Step System, focus on how your body moves. Make sure the fundamentals of alignment, setup, rotation, weight shift, all of those things are correct. And I guarantee you, your club will travel on the correct path and plane every single time.


JOIN OUR 393,395 MEMBERS AND GET INSTANT FREE ACCESS TO DOZENS OF VIDEOS!

Get Your Free Membership to Finish Watching "How to Fix Swing Plane & Path" Right Now!

Get Your Free Membership to Finish Watching "How to Fix Swing Plane & Path" Right Now! 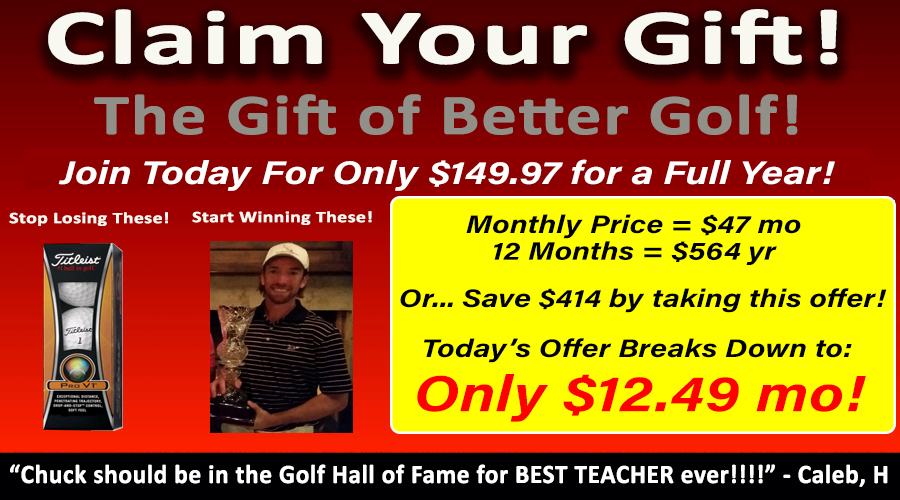