What Baseball Pitchers Can Teach You About Your Transition

Most comparisons between golf and baseball involve analysis of a baseball hitter's mechanics, but you can learn just as much watching the throwing motion.

For example, if you're already familiar with the RST, you understand that a pitcher's weight shift helps provide power, just as it does in the golf swing.

What you may not have noticed, though, is how important the golf transition concept of "separation" is to a major league fireballer. 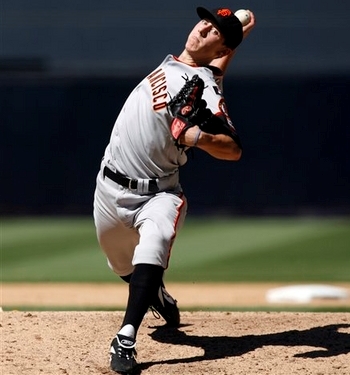 Tim Lincecum, who pitches for the San Francisco Giants may demonstrate this concept better than any other pitcher.

His ability to throw incredibly hard despite his slight build speaks to the effectiveness of his uncanny separation. (It's no wonder he's called "The Freak!")

Since many golfers grew up playing baseball, we're hoping this unique perspective on separation and the free video analysis of the two power pitchers below may just ring true with those of you who may still be struggling to master it.

In the analysis video below, you'll see how a "lower-body-then-upper-body"-focused motion helped the hall of famer Walter Johnson routinely break catcher's hands thanks to ridiculous speeds on his fastballs.

His mechanics also enabled him to pitch his entire career without ever missing a start due to injury!

Johnson's motion will be compared to modern-day phenom Stephen Strasburg, who relies less on his core and more on his arm and who is finally back to pitching after undergoing "Tommy John" surgery on his throwing elbow.

Watch the video now and you might soon create ridiculous speeds of your own (on a tee box rather than a mound, though!).